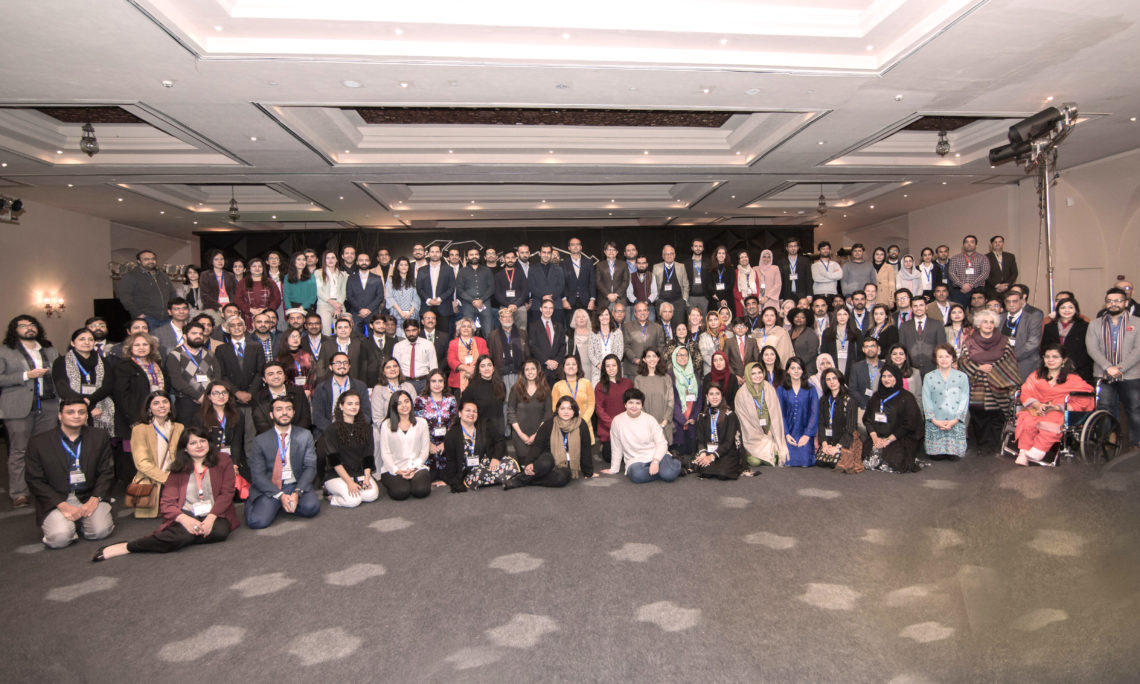 Islamabad, December 16, 2019 – More than 200 Fulbright alumni participated December 13-16 in the 16th annual Fulbright Alumni Conference.  This year’s theme “Global Best Practices in a Local Context” highlighted the diverse ways in which Fulbright alumni are blazing new paths for Pakistan in agriculture, education, the arts, and media.  The Fulbright Student Program, jointly funded by the American and Pakistani governments, is the largest in the world and offers scholarships for hundreds of Pakistanis every year to pursue master’s and doctoral programs in the United States.

During the conference, U.S. Ambassador Paul Jones congratulated the alumni on their accomplishments and their continued commitment to applying the skills they developed in the United States to make advancements in key sectors in Pakistan.

“The Fulbright Program remains one of the most prestigious academic exchange programs in the world.  Fulbright alumni return to Pakistan enriched academically, with new global networks in their field of study.  We appreciate the knowledge and commitment of alumni as bridge-builders between our peoples and our nations,” said Ambassador Paul Jones at the event.

Conference participants are part of a growing alumni network of more than 29,000 Pakistanis of U.S. Government-funded exchange programs, the largest of its kind in the world.

The Fulbright Program, sponsored by the Department of State, is the U.S. Government’s flagship international exchange program and is supported by the people of the United States and partner countries around the world.  Since 1946, the Fulbright Program has provided more than 390,000 participants from over 155 countries with the opportunity to study, teach, conduct research, exchange ideas, and contribute to finding solutions to shared international concerns.  Notable Pakistani Fulbright alumni include former Prime Minister Moeenuddin Ahmad Qureshi; Dr. Hassan Askari Rizvi, who served as caretaker Chief Minister of Punjab; Dr. Shamshad Akhtar, who served as the caretaker Finance Minister and who served as the 14th Governor of the State Bank of Pakistan, the first woman to assume this position; Dr. Razia Sultana, Vice Chancellor of Shaheed Benazir Bhutto Women University, Peshawar; and Muhammad Khalid Masud, Director General of the Islamic Research Institute, International Islamic University.