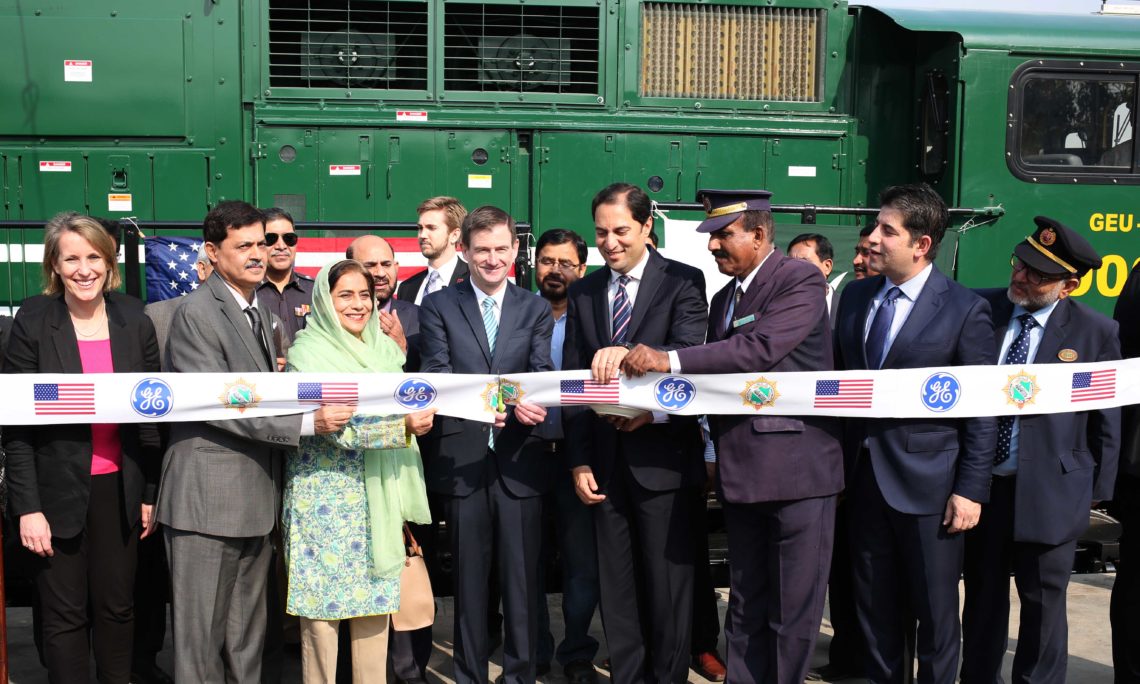 Ambassador Hale, while visiting the cantonment station, said, “I am glad to hear that many of these locomotives will support power plants and will improve Pakistan Railways’ capacity to carry even more cargo to the industrial heartland. The delivery of these locomotives is also great news for U.S. private sector engagement with Pakistan, enhancing the ties between our countries.”

“We are proud to support the Government’s goals to strengthen and modernize Pakistan’s transportation infrastructure with the early delivery and commissioning of GE’s Evolution Series locomotives,” said Sarim Sheikh, President and CEO of GE Pakistan and Central Asia region. “The Evo locomotives provide better fuel efficiency and longer overhaul cycles than any other locomotives in their class, substantially reducing both the costs and environmental impact of transporting essential freight.”

A representative from Pakistan Railways noted that Pakistan is the first country in South Asia to import and use the GE Evolution Series locomotives, which will help with the modernization and connectivity of Pakistan Railways.

In June 2015, GE signed a deal with Pakistan Railways for 55 state-of-the-art diesel locomotives.  The 4,500 horsepower locomotives are fully built and assembled in the USA. They will be shipped to Pakistan’s Karachi Port in several tranches throughout 2017. The Government of Pakistan commemorated the arrival of the first seven locomotives, which were delivered two months ahead of the contractually scheduled date, at Karachi Port on January 23, 2017.
For more information on U.S. assistance in Pakistan, please visit pk.usembassy.gov.