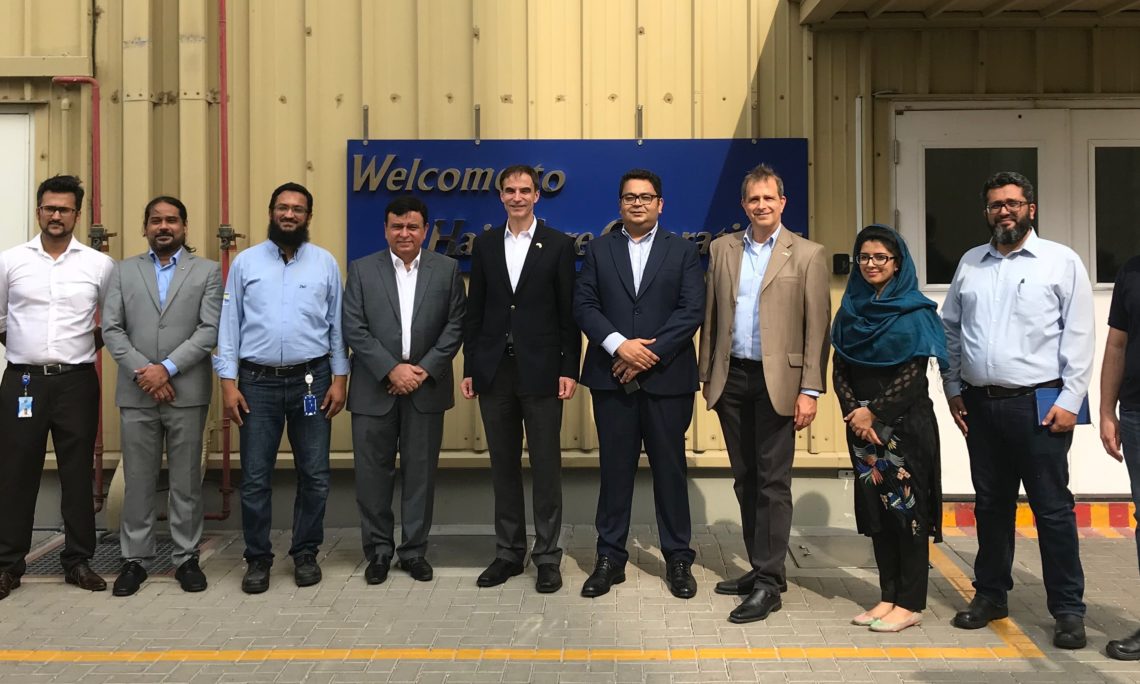 Karachi – Ambassador Jones explored opportunities and challenges for greater trade and economic engagement between the United States and Pakistan during a visit to Port Qasim September 16. Port Qasim Authority Chairman Syed Hasan Nasir Shah briefed the Ambassador on port operations and plans for Port Qasim to serve as a key hub for Pakistan’s future economic growth.

Houston-based Excelerate Energy highlighted its commitment to advancing Pakistan’s energy security through the introduction of a larger Floating Storage Re-Gasification Unit (FSRU). The state-of-the-art vessel would significantly increase base load delivery of gas. Since 2015, Excelerate has partnered with Engro to operate the busiest FSRU on the planet while delivering up to 15 percent of Pakistan’s gas requirements. U.S.-based ExxonMobil, together with Energas, is currently evaluating the terms released by Port Qasim Authority for the development of the third LNG terminal.

U.S.-based companies Cargill and Procter & Gamble also briefed the Ambassador on their operations and investment plans. Cargill previously announced plans to invest over 31 billion Pakistani Rupees ($200 million USD) in Pakistan. Earlier this year, Procter & Gamble announced that it had invested almost eight billion Pakistani Rupees (over $50 million USD) in Pakistan in a state-of-the-art hair care manufacturing plant at Port Qasim, next to its existing detergent plant. Port Qasim will play a crucial role for both companies as they continue to invest in their operations in Pakistan to provide food and consumer products to Pakistani and international markets.