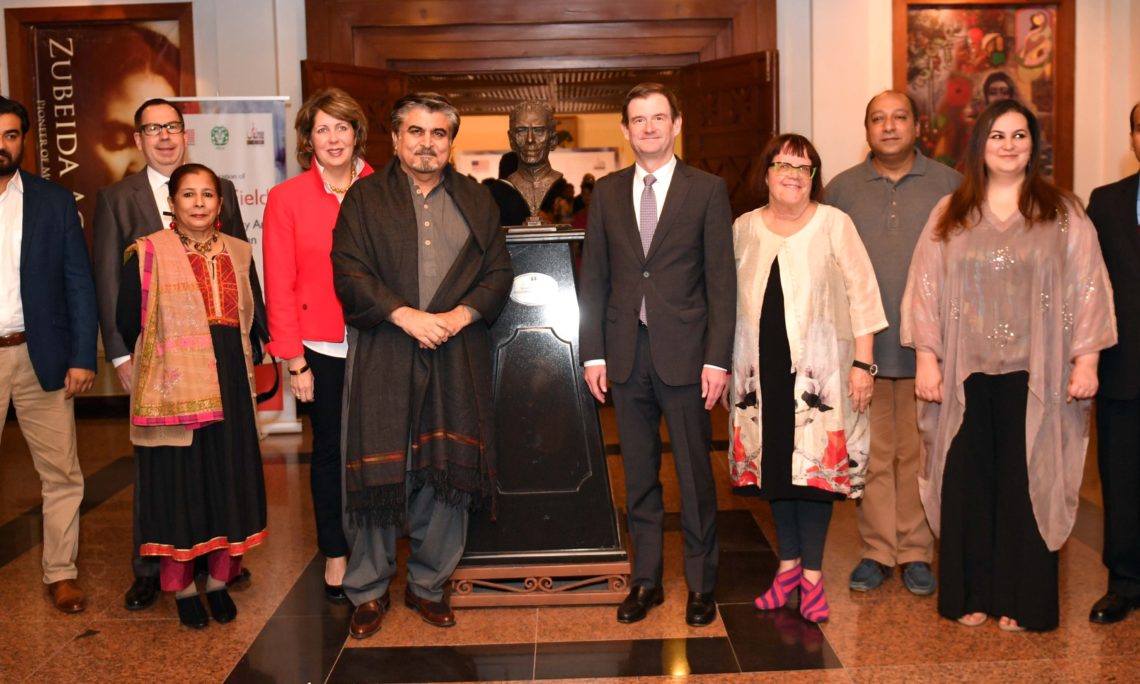 “This exhibit shows the vitality of the Pakistani arts community and its ability to conserve and reflect its rich creative heritage while inventing new forms of expression for today,” said Ambassador Hale.

The exhibit, which was organized by the Kuch Khaas Center for Arts, Culture, and Dialogue, will remain on display at PNCA for two months.

“The artwork on display in ‘Open Field’ is representative of the ways in which artists, operating fully within art-world conventions, have begun to ask new questions and to open up spaces for the formation of new processes,” said exhibit curator Aasim Akhtar.

One sign of the vitality of the Pakistani arts community is its ability to conserve its great creative heritage while inventing new forms of expression for today.  The American Embassy spends over 100 million rupees annually to fund arts programing in Pakistan, introducing Pakistanis and Americans to each other’s artistic traditions.  The arts engage, educate, and inspire.  For more information about the U.S. Embassy’s activities in Pakistan, please visit https://pk.usembassy.gov/.