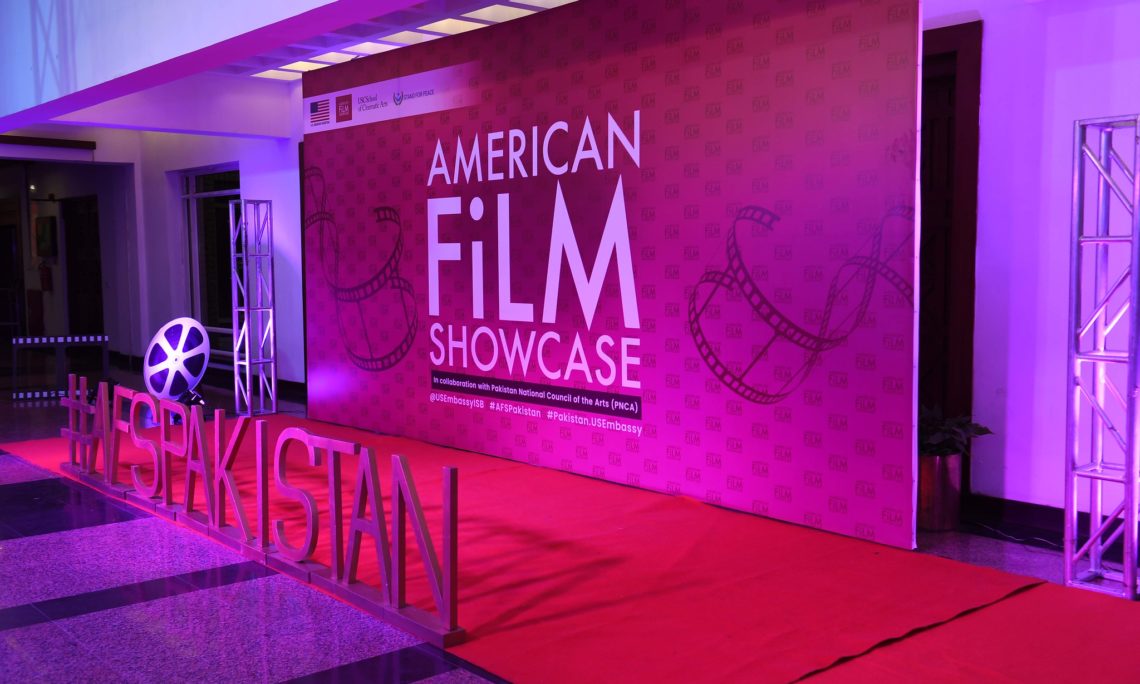 The Showcase featured special screenings in Islamabad, Karachi and Lahore of “Qualified,” a documentary that profiles American racecar driver, Janet Guthrie, the first woman to qualify for the Indianapolis 500.  “RBG,” which details the life and legacy of Supreme Court Justice Ruth Bader Ginsburg, was also shown exclusively for the first time in Pakistan at the Pakistan National Council of the Arts in Islamabad.

“The U.S. Mission to Pakistan screened films by women and about women, offering insights into American society and fostering mutual understanding between the United States and Pakistan,” said Minister Counselor for Public Affairs Lisa Heller.  “The American Film Showcase served as a venue for Pakistani and American film experts and enthusiasts to share their stories with a wider domestic – and international – audience.”

In addition to film screenings, American film envoy Claire Aguilar held countrywide workshops with Pakistani filmmakers, industry experts, and students, where she shared her expertise on marketing, distribution, broadcasting, and documentary festivals.  Discussions focused on common challenges facing filmmakers in general, and women in particular, in both countries.

AFS in Pakistan, in partnership with Pakistani NGO Stand For Peace, was organized as part of the U.S. Mission’s ongoing efforts to bring together Pakistani and American filmmakers as partners in strengthening the voices of the next generation of filmmakers in Pakistan.