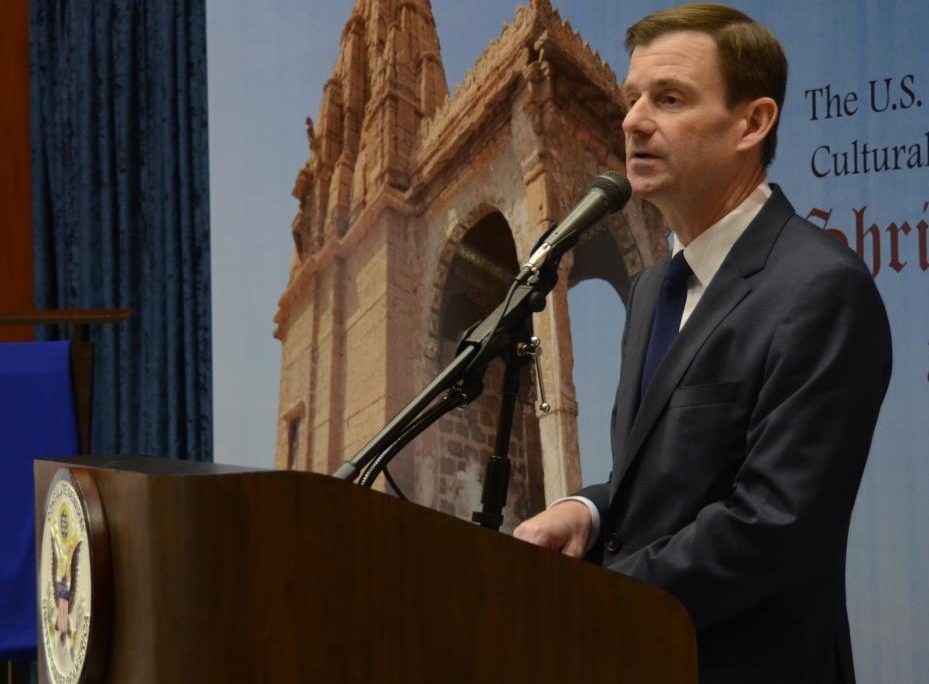 As America celebrates its Independence Day, we at the American Embassy and Consulates are pausing to reflect on the shared values of our two countries. The people of Pakistan and the United States share a fundamental desire for peace and prosperity. Working together since Pakistan’s own independence, our two countries have achieved great successes in fields ranging from energy to education to security, and have built the foundation for our long-term partnership.

Over the decades, the United States and Pakistan have become strong economic partners, with two-way annual trade of over $5 billion. Last October in Washington, Prime Minister Nawaz Sharif and President Barrack Obama highlighted this economic partnership, announcing a Joint Action Plan on Trade and Investment and a U.S.-Pakistan Clean Energy Partnership. On June 2-3 in New York City, the United States hosted the fourth annual U.S.-Pakistan Business Opportunities Conference, bringing together over 250 industry representatives, investors, and government leaders from our two nations. We also recently launched the Pakistan Private Investment Initiative, a partnership between the U.S. Government and Pakistan to invest over $150 million in small- and medium-sized enterprises in Pakistan. Moreover, I have made it a priority for the Embassy to support entrepreneurial efforts of Pakistanis, particularly among women and youth.

In both Pakistan and the United States, there is a recognition of the critical importance of a stable energy supply to power economic growth. That’s why energy is a centerpiece of our civilian assistance program in Pakistan. American and Pakistani cooperation has added enough power to the national grid to benefit 28 million Pakistanis. We also are focused on attracting private sector investment to develop Pakistan’s rich, renewable solar, wind, geothermal, and water resources for sustainable energy. Together, we can build Pakistan’s energy capacity not just for today, but for the future.

Whether in the United States or Pakistan, a successful economy and society also require the participation of engaged and educated citizens. As the first American President, George Washington, once said, “Knowledge is in every country the surest basis of public happiness.” From primary school to post-graduate research, our nations are collaborating to develop the knowledge and skills of Pakistani youth. The U.S. Agency for International Development’s Pakistan Reading Program aims to improve the reading ability of over one million children. The Fulbright Program has made it possible for thousands of students from Pakistan to pursue advanced degrees in the United States. Our two nations also are partnering through the Let Girls Learn-Pakistan initiative to support girls’ access to education throughout Pakistan.

Security and counterterrorism efforts are another key element of our partnership to build a prosperous and peaceful future. Pakistan has suffered greatly at the hands of terrorists and violent extremists, and America stands in solidarity with the people of Pakistan and all who fight the menace of terrorism. To support Pakistan’s efforts, America provides financing for military equipment and infrastructure, strengthening the Pakistan military’s combat and operational capabilities. Pakistan is in fact the largest recipient worldwide of International Military Education and Training funds, which invest in the professional and human resource development of Pakistan’s military and is among the top five recipients worldwide of American Foreign Military Financing. Beyond military support, America has been a longstanding partner with Pakistan’s law enforcement professionals, providing millions of dollars annually since 1982 to strengthen Pakistan’s law enforcement and criminal justice systems and its capacity to fight illicit narcotics.

In each of these fields, and many others, the length and breadth of our cooperation has seen us through challenges, and I look forward to seeing our cooperation flourish as our enduring partnership grows. Through our joint efforts, we can build a stronger future for both Pakistan and America.

This op-ed appeared in English in the Business Recorder, The News International, and Pakistan Today on July 4, 2016.