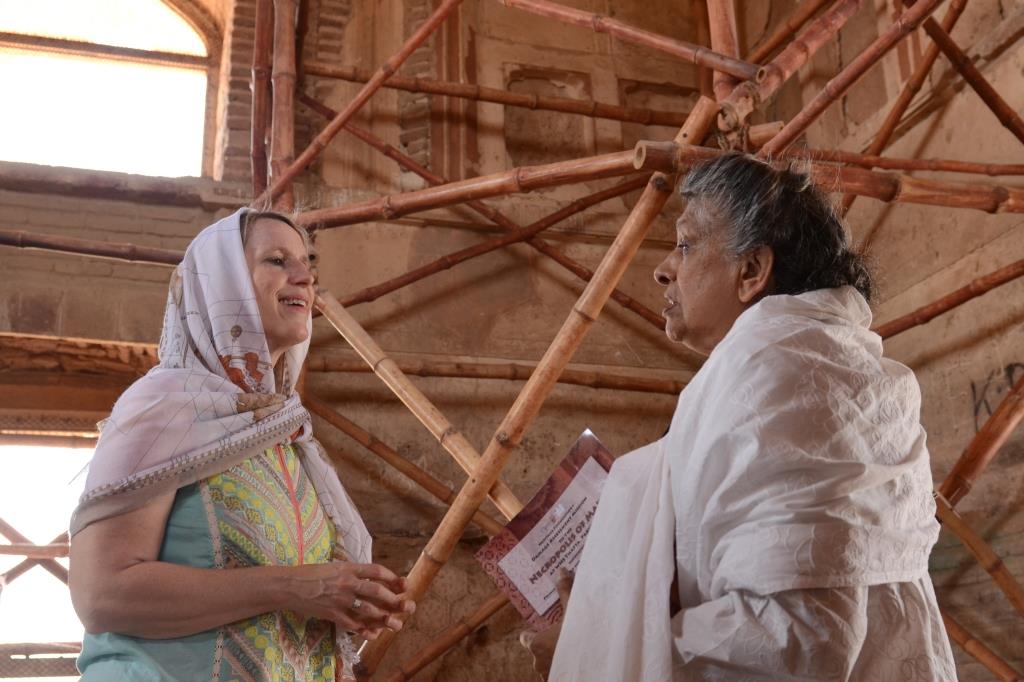 Thatta – U.S. Consul General in Karachi Grace Shelton toured the World Heritage Site of Makli necropolis to observe the restoration of the tombs of Sultan Ibrahim and Amir Sultan Muhammad as part of the U.S.-funded Ambassadors Fund for Cultural Preservation (AFCP) project. The historical monuments in the Thatta area have outstanding value to not only Pakistanis but also to humanity.

“AFCP is the centerpiece of America’s partnership with Pakistan in the area of art and culture,” said Consul General Shelton. “Our investments in these cultural preservation projects demonstrate our respect for the rich heritage and diversity of Pakistan,” she said.

The restoration of the 400 year-old tombs of Sultan Ibrahim and Amir Sultan Muhammad was made possible through a funding of $260,000 (Rs. 27 million); one of the two AFCP cultural preservation projects in the province of Sindh. US Consulate Karachi is also working with the Sindh Government for the rehabilitation of Varun Dev Temple on Manora Island with a cost of $250,000 (Rs. 26 million).

The U.S. Ambassadors Fund for Cultural Preservation (AFCP) supports preservation of cultural sites, cultural objects, and forms of traditional cultural expression in more than 100 countries around the world. Projects include restoration of ancient and historic buildings, conservation of rare manuscripts and museum collections, preservation and protection of important archaeological sites, and documentation of vanishing traditional craft techniques and indigenous languages.