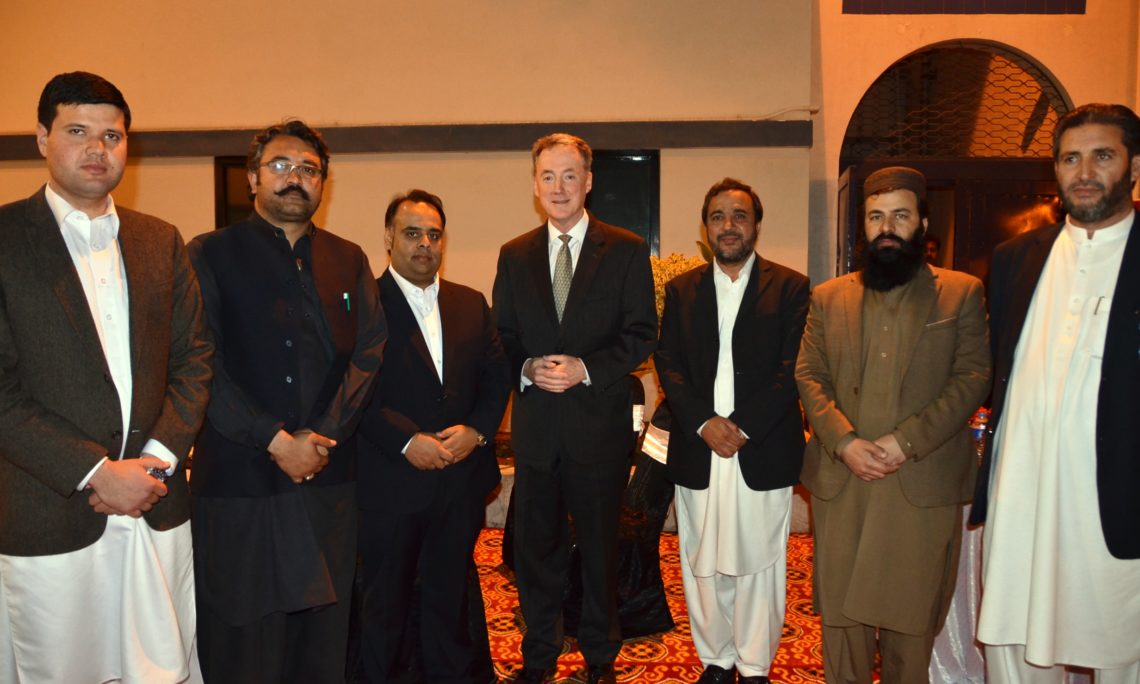 Peshawar, February 16, 2017 – U.S. Consul General Raymond McGrath hosted the Minister for Local Government, Inayatullah Khan, nazims and naib nazims from across Khyber Pakhtunkhwa to a reception at the Consulate on Thursday evening.  The event drew elected representatives from as far away as Torghar and Dera Ismail Khan.

Mr. McGrath congratulated the group on their achievements during their first two years in office and for introducing positive changes at the community level.  He highlighted the support of the U.S. Agency for International Development to local governments through the Khyber Pakhtunkhwa Governance Project and the Citizens’ Voice Project.  Through these projects, USAID has provided skill development training to over 13,500 local officials and community leaders from district, town, village, and neighborhood councils across the province.

In particular, the Consul General noted that the Khyber Pakhtunkhwa Governance Project has just finished workshops for local government officials in Peshawar district and is now expanding the Project’s coverage to Kohat, Mardan, Swabi, and Bannu districts.  In addition, the Project is developing a public facilitation center in Kohat to offer 15 different public services at one location, and supporting the provincial government in developing Tanda Dam as a public park and recreational center.

The event gave guests the opportunity to interact with Consulate officials and with their counterparts from across the region.  They exchanged ideas on local government initiatives and shared best practices for strengthening governance at the local level.