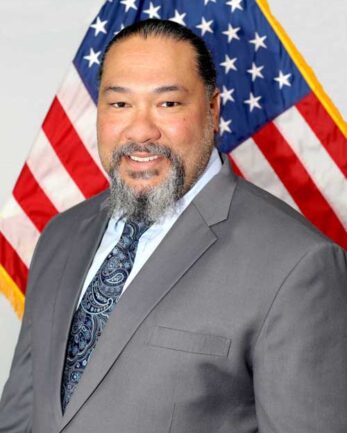 A career member of the U.S. Foreign Service and the U.S. Diplomatic Security Service, Mr. Makaneole most recently served as a Director for Counterterrorism at the U.S. National Security Council’s Counterterrorism Directorate where he coordinated all U.S. government departments and agencies on matters of national security and counterterrorism.  He has served previously in diplomatic assignments in Oman, Yemen, Lebanon, and the Central African Republic; he also served in Peshawar, Pakistan in 2017-2018.

His assignments in the United States include serving as Liaison Officer to the Pentagon, where he coordinated between the U.S. Department of State and the U.S. Department of Defense to address humanitarian efforts, stabilization, and embassy security worldwide, and multiple tours with Mobile Security Deployments, the Diplomatic Security Service’s tactical unit.

Mr. Makaneole is a native Hawaiian from Hau’ula, Hawaii.  He studied Political Science at the University of Hawaii and holds degrees in Political Science and Administration of Justice.  In 2019, he studied organizational leadership at the Joint Special Operations University.  Mr. Makaneole is a credentialed Merchant Mariner and has worked in the maritime and shipping industry throughout his career.

Mr. Makaneole has a passion for music, having studied ukulele and classical piano since childhood.  He also plays percussion (drums), has recently taken up electronic mixing, and is always looking for opportunities to expand his musical horizons.