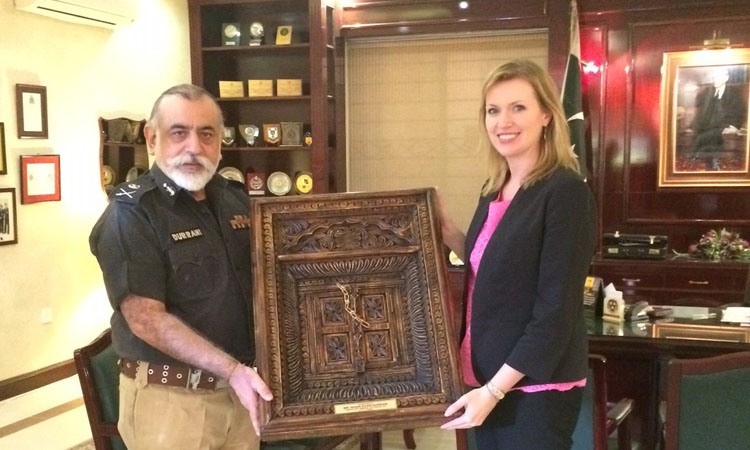 The KP Police is INL-P’s largest recipient of police assistance, with $30 million in current projects, including Phase II of the Joint Police Training Center (the first-ever training academy for elite police forces in KP), the construction of police lines in Buner District, and the construction of 31 patrolling posts around Peshawar.

INL Director Stana highlighted INL’s strong commitment to KP and welcomed KP’s efforts to de-politicize and professionalize the police during her meeting with IGP Durrani.  She also praised KP police for hiring women into the profession and providing women specialized police training.  IGP Durrani noted the improving security situation in the province and credited INL for being a “dependable partner” to the KP police.

INL Director Stana praised the Home Department for the “very impressive” reform efforts the Home Department is taking on.  Home Secretary Khan noted his and the KP Home Department’s “long association with INL” and thanked the U.S. for its assistance with security in the province, including through police and prisons training programs and facilities.

The Bureau of International Narcotics and Law Enforcement Affairs works in more than 90 countries to help combat crime and corruption, counter drug-related crime, improve police institutions, and promote laws and court systems that are fair and accountable.  Find out more about INL at: http://www.state.gov/j/inl/.