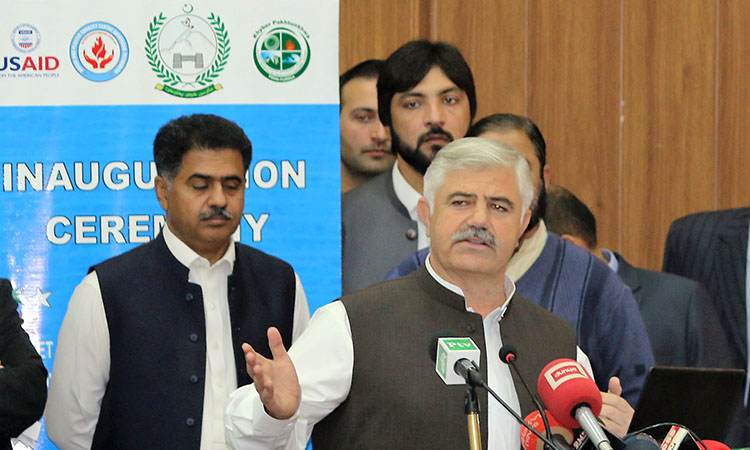 Peshawar, March 05, 2019:  Burn victims in Khyber Pakhtunkhwa (KP) can now receive treatment in Peshawar thanks to the newly opened Burns and Trauma Center.  While burn victims previously had to travel long distances to other parts of Pakistan for treatment, this new world-class center ensures they will receive high quality services closer to home.  As partners with the Government of Pakistan for this project, the U.S. government, through a grant from the United States Agency for International Development (USAID), provided $15 million to purchase equipment and complete the center.

In addition to burn victims, the center will provide trauma treatment and plastic surgery services, and its 120 beds can accommodate 10,000 patients annually.  The facility will serve all parts of KP, including the newly merged areas (formerly known as the Federally Administered Tribal Areas or FATA) and other areas bordering Afghanistan.

In a message at the opening ceremony in Peshawar, U.S. Consul General in Peshawar Jonathan Shrier said, “Throughout Pakistan, the hospitals, schools, universities, dams, roads, and power stations we’ve built are not as important as the lives of those who benefit from them.  In each case, our focus has been on the well-being of the people.”

Since 2007, the United States has provided more than $2 billion in development assistance to KP and the former FATA.