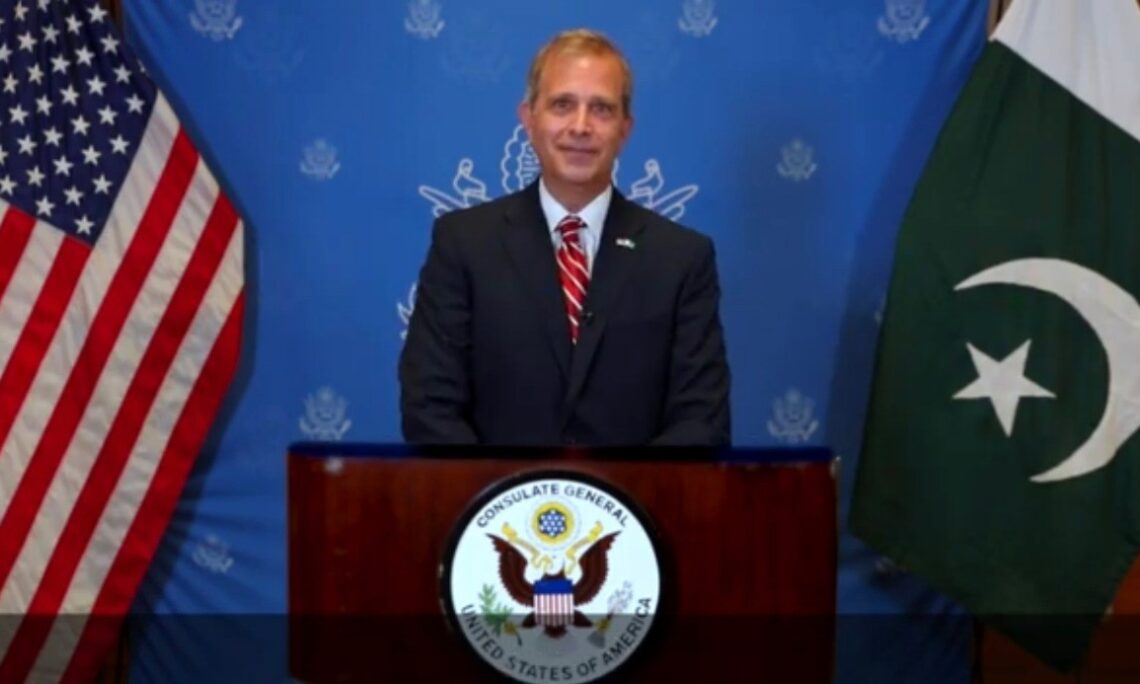 The event demonstrated the power of music to bring people together, with both Pakistani and U.S. songs, as well as a fusion piece that blended the sounds of both countries together. The Mary McBride Band from the United States performed the Pakistani national anthem as well as American pop and rock songs. The Sounds of Kolachi band from Karachi performed the U.S. national anthem. The Karachi Folk Orchestra featuring Mai Dhai, Arman Rahim, and Wahab Bugti, conducted by Ahsan Bari, performed Pakistani music from Sindh and Baluchistan. The concert also featured a collaboration between Pakistani artist Muhammad Khan and American artist Ben Wright in which they fused Baloch banjo and U.S. bluegrass banjo.

U.S. Consul General Robert Silberstein welcomed viewers and highlighted the strength of the U.S.-Pakistan bilateral relationship. “We want to thank you for taking time today to celebrate how the freedoms and liberties we associate with this day support a strong U.S. – Pakistan relationship,” Consul General Silberstein said. “The United States will continue to support investments in education and people-to-people connections, increase commercial ties, strengthen our military partnership, empower women, combat climate change, and work together to overcome the challenges of COVID-19 pandemic. The United States and Pakistan are stronger when we partner together.”

The event is available for viewing on U.S. Consulate Karachi’s official Facebook page.