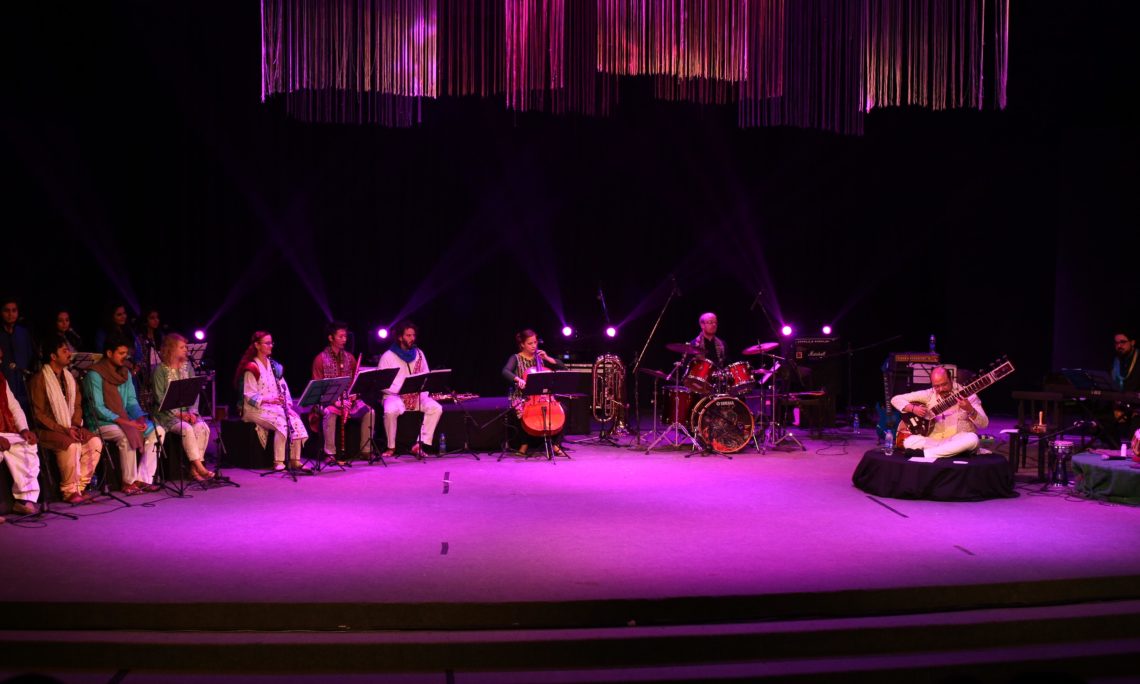 Karachi – Acting U.S. Consul General John Warner welcomed scores of music lovers to a concert featuring Sangat — an ensemble of musicians from the University of Texas (UT) Austin and National Academy of Performing Arts (NAPA). The concert showcased the success of a three-year university partnership between the two schools, supported by a Rs. 100 million U.S. government grant.  Kamran Ali, Director of the South Asia Institute at UT and Arshad Mehmood, NAPA’s Director of Programs, also attended.

Acting CG John Warner said in his remarks: “Tonight’s concert is a rare opportunity for the people of Karachi to hear talented Pakistani and American musicians performing together. It’s also a chance to hear the unique blend of South Asian and Western musical styles and rhythms that Sangat incorporates in their performances.  And I think that’s a really special achievement.”
The university partnership between the University of Texas (Austin) and NAPA is one of 20 such partnerships in Pakistan sponsored by the U.S. government, of which four are in Sindh. This particular partnership is meant to promote ties and exchanges between music instructors and students at the two schools and build skills and capacity in musical theory, composition and performance.