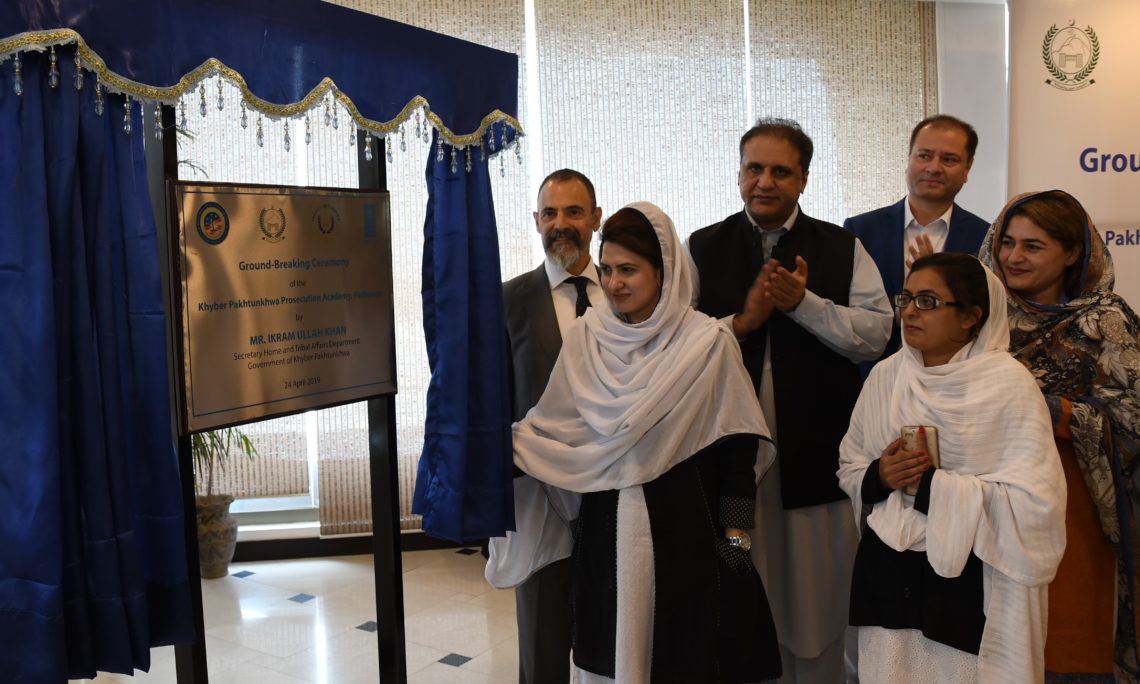 Peshawar, April 24, 2019: A partnership between Khyber Pakhtunkhwa Province and the United States will make possible construction of a new training academy that will educate hundreds of KP prosecutors and police each year, strengthening the justice system in the province. On Wednesday, the Khyber Pakhtunkhwa (KP) Prosecution Service celebrated starting construction of the new facility, which will also expand services to the recently merged areas of the former FATA. The academy will provide classroom space and teach a standardized curriculum to new prosecutors, including such topics as trial advocacy, investigation techniques, forensics, and case management.

The U.S. government provided $1.6 million for the construction of the facility through the United Nations Development Program. Construction is expected to last 18 months.

U.S. Consul General in Peshawar Jonathan Shrier said of the project, “We are proud to partner with the KP Prosecution Service as they strengthen and expand the justice system throughout the province, especially in the merged areas.”

Since 2007, the United States has provided more than $2 billion in development assistance to KP and the former FATA.