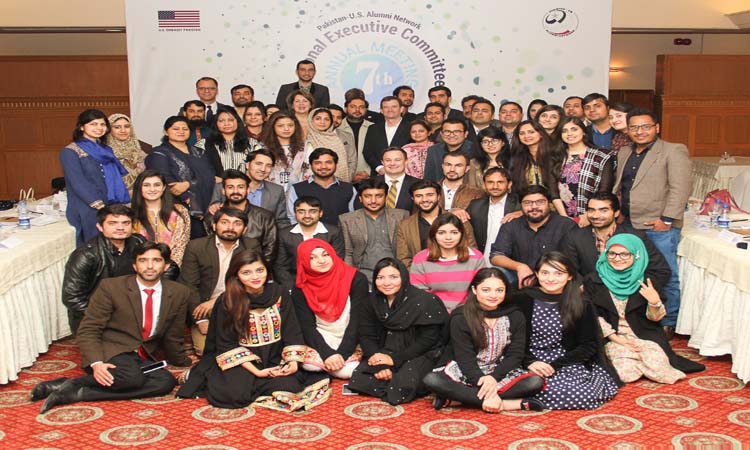 Islamabad, January 23, 2017 – Newly elected leaders of the Pakistan-U.S. Alumni Network (PUAN) gathered in Islamabad and engaged in a 2-day conference to generate plans for their organization and to elect a new country president.  The 54 leaders, who arrived from across Pakistan, were congratulated by American officials for their volunteer spirit, and for winning leadership positions in PUAN’s hotly contested December 2016 elections.

American Ambassador David Hale congratulated and thanked the new leadership.  “Everyone here today is doing an extraordinary job to advance shared U.S.-Pakistan interests across the country,” he said.  “I appreciate the time, work, and thought that you put into your work for PUAN, and our shared efforts continue to strengthen the relationship between the Pakistani and American people,” he continued.

PUAN, with 22,000 eligible alumni, is the largest network of U.S. exchange alumni in the world.  The five-person leadership team elected by their peers in each of PUAN’s 12 regional chapters takes responsibility for organizing the implementing community service projects during their two-year terms, often using knowledge gained from their previous American exchange program.  The December 2016 elections were contested by a record number of alumni and the voter turnout was more than double that of previous elections.  Forty-two percent of the elected leaders are women.