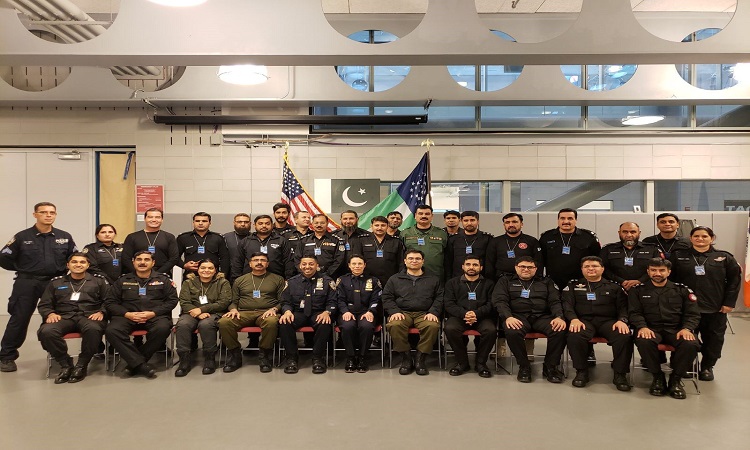 Held at the NYPD Police Academy, the training taught officers how to effectively manage public demonstrations and crises, covering topics such as crowd dynamics, team tactics, and the appropriate use of non-lethal force.  The training also included a train-the-trainer component to help the Pakistani officers develop new curricula and standard operating procedures upon return to their police organizations.

According to INL Director Gregory Schiffer, “Pakistani police are no strangers to dealing with large and complex protests.  This training with the NYPD allowed an exchange of expertise and offered Pakistani officers important tools on crowd control management.  Pakistani police will be better equipped to respond effectively to public demonstrations, using international policing best practices, and ensuring respect for human rights.”

Participating in the training were officers from training institutions, command, and operational levels of six police organizations in Pakistan – the Frontier Constabulary, the Islamabad Capital Territory Police (ICTP), and Sindh, Punjab, Khyber Pakhtunkhwa, and Balochistan Police.  According to ICTP senior police officer Hasan Iqbal, “This training gave us an opportunity to train with some of the best police officers in the world.  I feel that I am now in a much better position to train my fellow officers on crowd dynamics and effective ways to deal with civil disorder.”

The Bureau of International Narcotics and Law Enforcement Affairs works in more than 90 countries to help combat crime and corruption, counter drug-related crime, improve police institutions, and promote laws and court systems that are fair and accountable.  Find out more about INL at: http://www.state.gov/j/inl/.