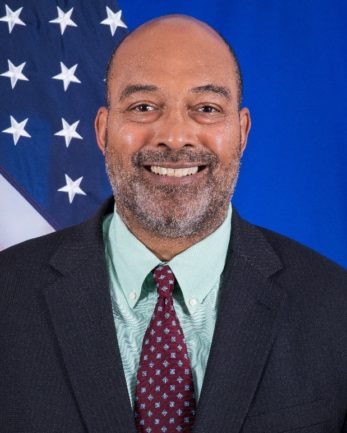 A career member of the Foreign Service, Mr. Toney has spent 32 years at the State Department in various domestic and overseas assignments.  His most recent assignment was at the U.S. Embassy Nairobi in Kenya as Senior Human Resources Officer.

Prior to his service at Embassy Nairobi, Mr. Toney served as Management Officer at U.S. Consulate General Peshawar, Pakistan.  In Peshawar, he focused on overall consulate management, overseeing resource execution supporting public diplomacy, political, and economic programming.  Mr. Toney earlier served as Management Officer in Basrah, Iraq, covering southern Iraq.  Before Iraq, Mr. Toney served as Chief of the Civilian Observer Unit of the Multi-National Force and Observers, located in the Sinai, Egypt.  Mr. Toney’s other overseas assignments include Afghanistan, Saudi Arabia, Senegal, Brazil, Thailand, and Sudan.  During those tours, he focused on a range of management, political, economic, and public affairs matters, including security, rule of law, and justice reform.  In Washington Mr. Toney also served in the Operations Center and the Washington Field Office of the Diplomatic Security Service.