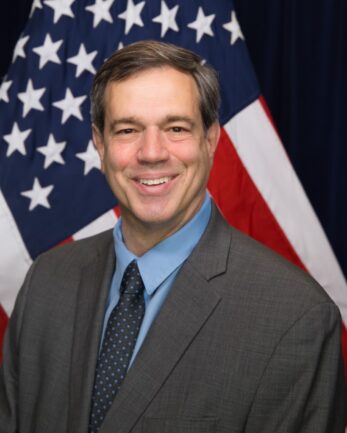 Mr. Schofer assumed the duties of Deputy Chief of Mission (DCM) at the U.S. Embassy in Islamabad, Pakistan, in August 2022.  From 2017 to 2022, he served as the U.S. State Department’s Senior Advisor for Caucasus Negotiations and U.S. Co‑Chair of the OSCE Minsk Group on the Nagorno‑Karabakh conflict.  Other recent assignments include Acting U.S. Permanent Representative to the United Nations in Vienna and Chargé d’Affaires, a.i., at the U.S. Embassy in Nicosia, Cyprus, as well as DCM in both posts.

Mr. Schofer’s Washington assignments include the Iraq Desk of the Bureau of Near East and North African Affairs and Special Assistant to Under Secretary for Political Affairs Thomas Pickering.   From 2009 to 2011, Mr. Schofer was the Director of the Political Training Division at the U.S. State Department’s Foreign Service Institute.

Mr. Schofer is married to fellow Foreign Service Officer Karen Lynn Enstrom and is the proud father of two adult children.  He has studied and used professionally Arabic, Russian, and Dutch.