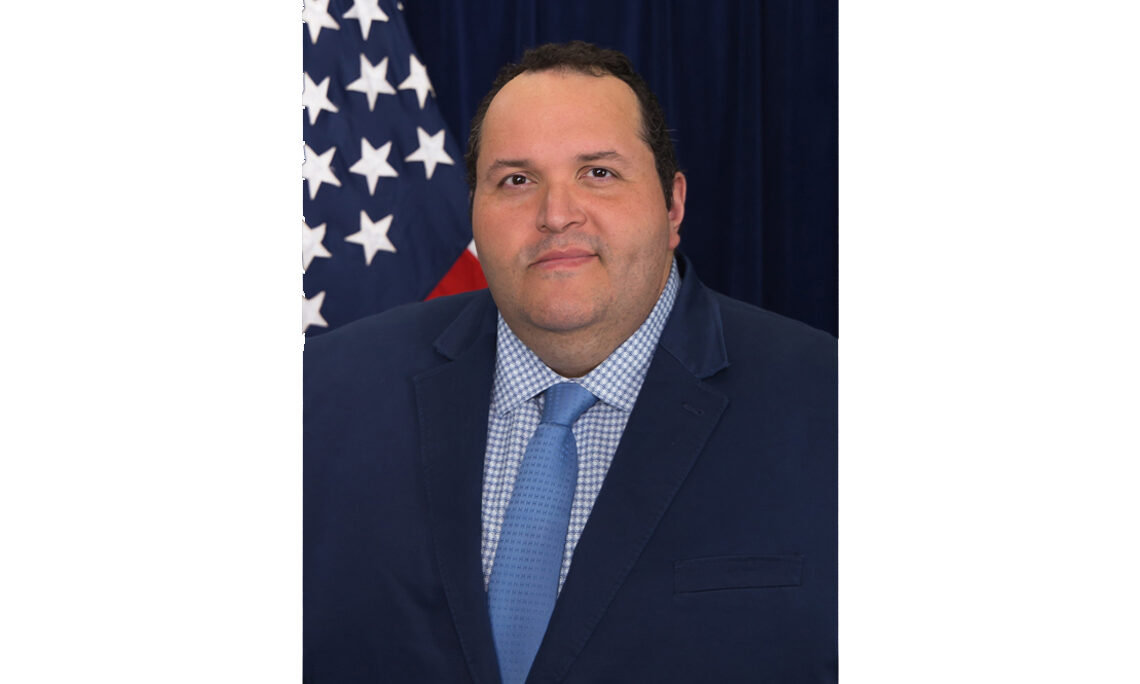 Peshawar, September 12 – Panfilo Marquez assumed responsibility as the Consul General of the U.S. Consulate General in Peshawar on September 12, 2022.

Consul General Marquez is a career diplomat with 23 years of Foreign Service experience.  Mr. Marquez most recently served as Deputy Director in the Executive Office of the Bureau of East Asian and Pacific Affairs.  He previously served as the Minister Counselor for Management Affairs in Mission Brazil.  During his time in Brazil, Mr. Marquez also served as the Acting Deputy Chief of Mission for nearly a year focusing on collaboration in law-enforcement, military to military cooperation, and improved trade relations.

During his extensive diplomatic career, Consul General Marquez also served in Mission France as the Management Officer for the U.S. Missions to France, UNESCO, and the OECD.  Other senior U.S. Department of State positions include Management Officer in Rio de Janeiro, Brazil and Tijuana, Mexico.  Consul General Marquez has also served in Afghanistan, Costa Rica, and Jamaica.

He is the recipient of numerous Superior and Meritorious Honor Awards as well as the Department’s Luther Replogle Award for Management Innovation for his work in Brazil.

The newly arrived Consul General is a native of California and entered the Foreign Service directly from graduate school at the University of California, San Diego where he earned a Master’s in Pacific and International Affairs.  He speaks Spanish, French, and Portuguese.

Consul General Marquez looks forward to working with the government and people of Khyber Pakhtunkhwa to further strengthen and celebrate 75 years of diplomatic relations between the United States and Pakistan.  He will continue to pursue our joint goals of advancing trade, investment, environmental protection, health, security, education, and other priority areas.