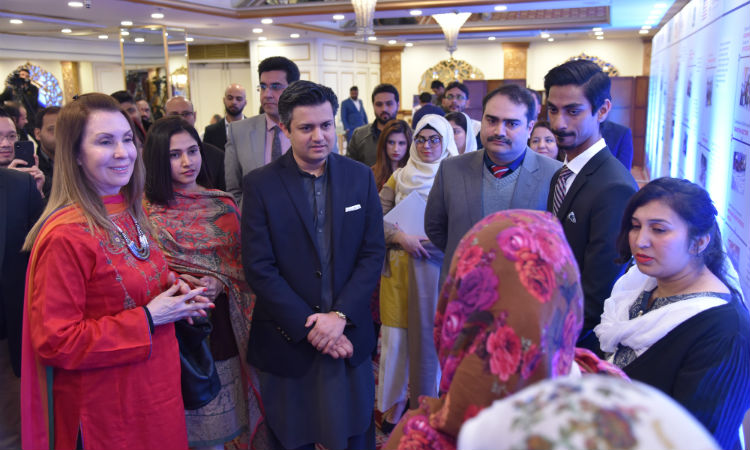 Islamabad, December 23, 2019 – The United States is a dedicated, long-term partner of Pakistan in promoting good governance and democracy.  On Monday, December 23, more than 200 representatives from civil society organizations gathered to celebrate the achievements of the U.S.- funded Citizens’ Voice Project, which advanced citizen engagement with public and elected institutions to promote transparent, accountable, and responsive governance.

Speaking at the event, Federal Minister for Economic Affairs, Mr. Hammad Azhar, applauded the work of USAID in facilitating engagement between citizens and state institutions.  Thanking the American people for their assistance, Mr. Azhar said that the project has enabled the citizens to become part of the solution for accountable governance.

“The voices from organizations can enrich dialogue and help ensure that the needs of local populations are taken into account in policy making and development programs.  This interplay can foster peacefulness in societies, build successful economies and improve how people experience their daily lives,” noted Julie Koenen, USAID Pakistan’s Mission Director.

Since 2011, the Citizens’ Voice Project has worked to strengthen democracy in Pakistan through sustained investments in citizen engagement with public and elected institutions on transparent, responsive and accountable governance.  One of the major highlights of the project was its work on the Election Commission of Pakistan’s (ECP) Women National Identity Cards (NIC) and Voter Registration Campaign for reducing the gender-gap between male and female voters on the electoral rolls.  As a result of the campaign, the enrollment of women voters increased by 4.3 million between October 2017 and May 2018.