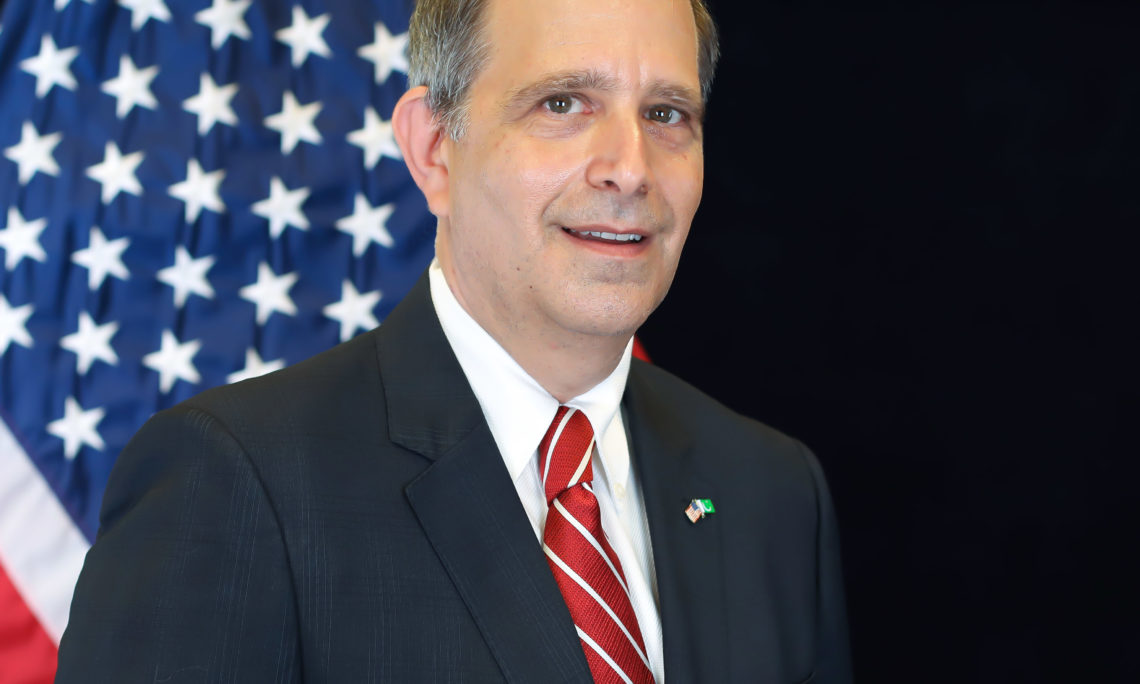 KARACHI: Rob Silberstein assumed charge as the United States Consul General in Karachi on August 1, 2019. A career member of the United States Senior Foreign Service, he most recently served in Washington, DC with the Office of the Inspector General, helping to improve the operations of the State Department and its overseas missions.

Prior to that, Consul General Silberstein was a Senior Advisor in the U.S. Department of State Foreign Service Institute, where he developed a training and education curriculum for the Department’s foreign and civil service officers.

Consul General Silberstein also served as Deputy Chief of Mission at the United States Embassy to Lithuania, Office Director for Nordic-Baltic Affairs, and Deputy Director in the Office of South Central Europe. Other assignments include service in the U.S. Consulate in Ho Chi Minh City, Vietnam, the U.S. Embassy in Zagreb, Croatia, and the U.S. Consulate in Chennai, India.