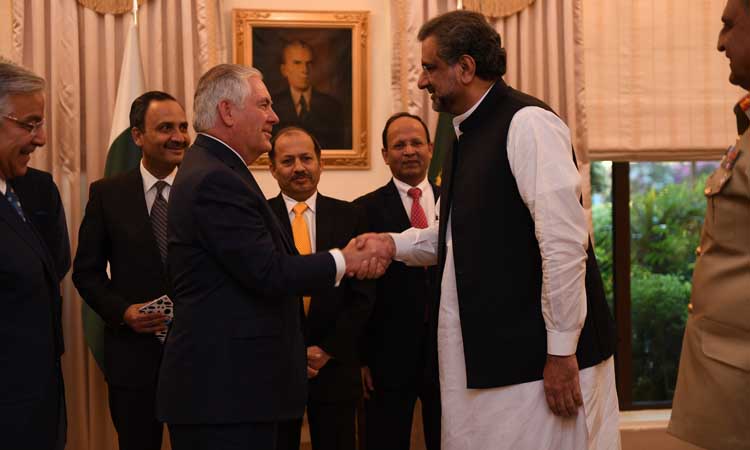 The Secretary discussed our continued bilateral cooperation and partnership, expanding economic ties between the United States and Pakistan, and Pakistan’s critical role in the region.

In all meetings with Pakistan’s leaders, the Secretary expressed appreciation for Pakistan’s sacrifices in the fight against terrorism.  The Secretary also expressed his gratitude to the Government of Pakistan and the Pakistani Army for their cooperation in securing the release of the Boyle-Coleman family from captivity.

Photos are available on the: https://flic.kr/s/aHskYWNtzw