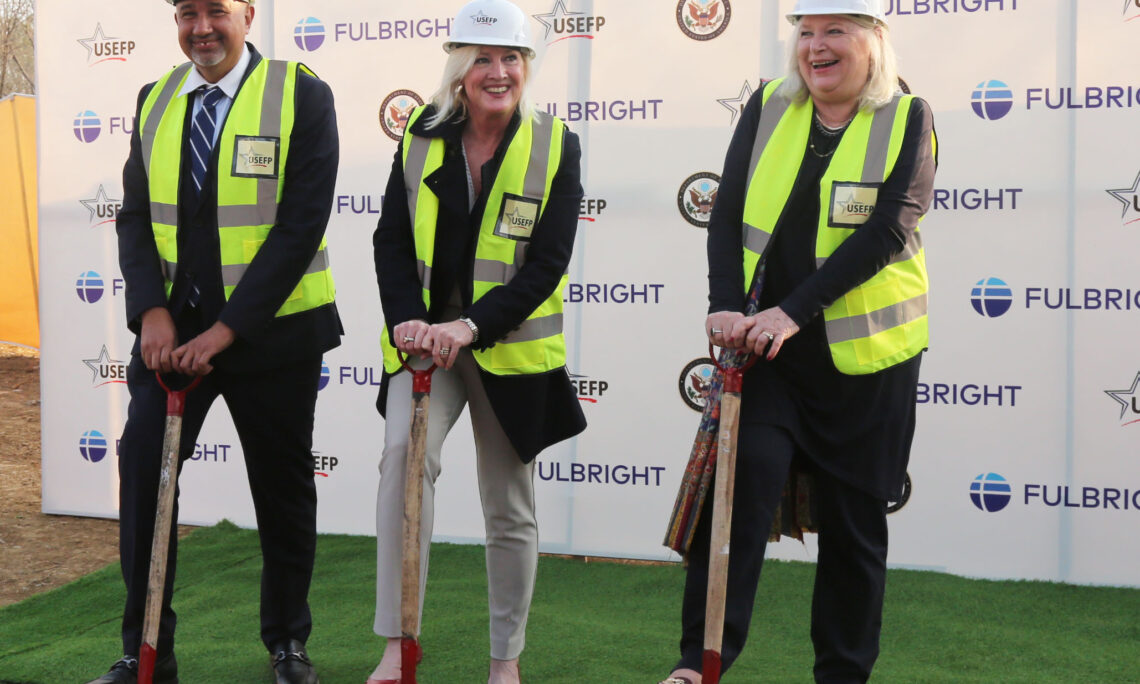 Islamabad, February 16, 2022:  Today marks a new milestone in the 75 years of the U.S.-Pakistani relationship with the groundbreaking of the first permanent headquarters for the U.S. Educational Foundation in Pakistan (USEFP).

U.S. Embassy Islamabad Chargé d’affaires Angela P. Aggeler noted: “Today’s ground-breaking is just the next step in the tremendous work of USEFP and each of you who are dedicated to bringing our people together through education, and eager to watch it continue for decades to come.”

In 1950, the United States and Pakistan officially formed a bilateral commission – now known as USEFP – to exchange Masters’ and PhD students.  Today, USEFP manages a wide range of educational and professional exchange programs, including the largest Fulbright Program in the world, between Pakistan and the United States, and many thousands of alumni of those programs are leaders throughout the country.

Rita Akhtar, Executive Director of the USEFP, added that the Capital Development Authority’s land donation to this project and the participation of iconic architect Nayyar Ali Dada were further indications of how favorably Pakistan views the opportunities afforded by U.S. higher education.

The new headquarters will serve as a state-of-the-art facility for managing U.S. government-funded exchange programs, such as the Fulbright program, and for the Islamabad advising center of EducationUSA, the official U.S. government resource for all students interested in pursuing education opportunities in the United States.