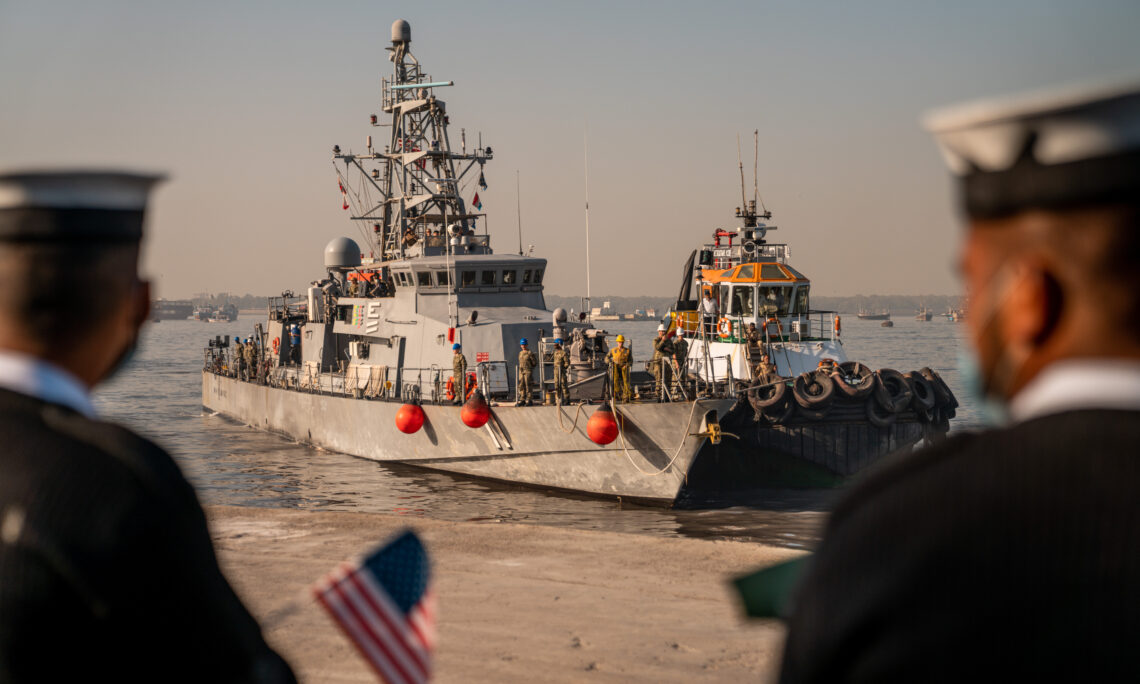 KARACHI, Pakistan – U.S. patrol coastal ships USS Squall and USS Whirlwind visited Karachi, Pakistan, for a scheduled port visit January 25-26.  While in Karachi, the crewmembers conducted visit, board, search and seizure (VBSS) training with the Pakistan Navy in preparation for a combined maritime security operation in the North Arabian Sea.

“We are extremely excited to visit Pakistan as we build our relationship and sharpen our competitive edge in a very dynamic region,” said Lt. Cmdr. Martin Dineen, commanding officer of Whirlwind.

Squall and Whirlwind are transiting the Middle East region in support of naval operations that ensure maritime security and stability.  This port visit reflects the continued strong relationship and cooperation between the Pakistan Navy and U.S. 5th Fleet.

On Jan. 18, Pakistan Navy Commodore Vaqar Muhammad assumed command of Combined Task Force (CTF) 150, one of three task forces under Combined Maritime Forces that operates to disrupt illicit activities by criminal organizations, including the illegal transport of drugs, weapons and people. The Pakistan Navy has commanded operations in the Combined Maritime Forces 21 times:  12 times leading CTF 150 and 9 previous commands of anti-piracy Combined Task Force 151. This is more than any other participating country, including the United States.

“As we strengthen this partnership with Pakistan, we are able to build trust through valuable cross training and deliver a robust interdiction capability to the Pakistani commander of CTF 150,” said Lt. Cmdr. Todd Strong, commanding officer of Squall.

Brigadier General Jim Sindle, the U.S. Senior Defense Official and Defense Attaché to Pakistan said, “The visit of the USS Squall and the USS Whirlwind is the latest in an expanding series of visits, exercises, and exchanges between the U.S. and Pakistani Navies, demonstrating the strength of our bilateral relationship.  We look forward to continuing the close cooperation between our countries and thank Pakistan for its leadership role in the Combined Maritime Forces.”

Commander Pakistan Fleet Vice Admiral Ovais Ahmed Bilgrami said, “It is an honor to host the USS Squall and USS Whirlwind in Karachi and we are excited about conducting focused maritime security operations with the United States, as we share common concerns with likeminded navies.”

Following a day of at-sea Passage Exercises (PASSEX) with the Pakistan Navy, the units from both countries will conduct a multiple day combined patrol across the North Arabian Sea focusing on maritime security to protect sea lanes of transportation and assure freedom of navigation.  These operations enhance maritime interoperability and strengthen partnerships amongst members of the rules based international order.