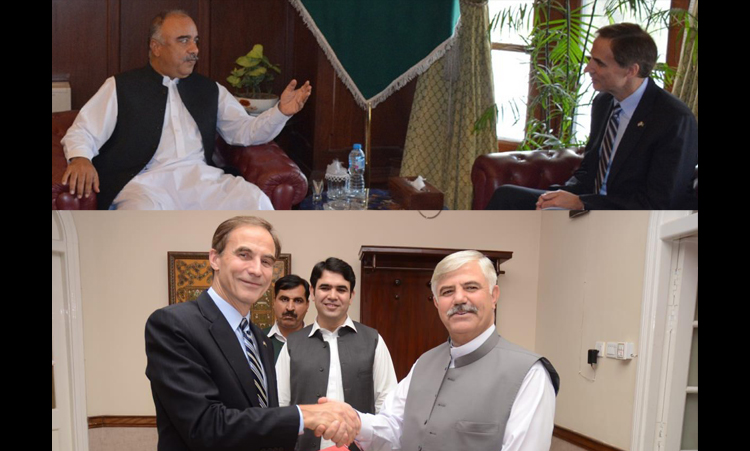 During his meetings with provincial leadership, Ambassador Jones discussed political, economic, and security issues in Khyber Pakhtunkhwa (KP) including the newly merged tribal districts.  He also talked about U.S. government-supported programs in the province and underscored the United States’ continued commitment towards regional prosperity and security.

Ambassador Jones expressed the U.S. government’s desire to work with the Government of Pakistan toward the fulfillment of our common goals.

Ambassador Jones appreciated the hospitality he received and expressed his desire to try some of the local cuisine and visit the historic landmarks of Peshawar.