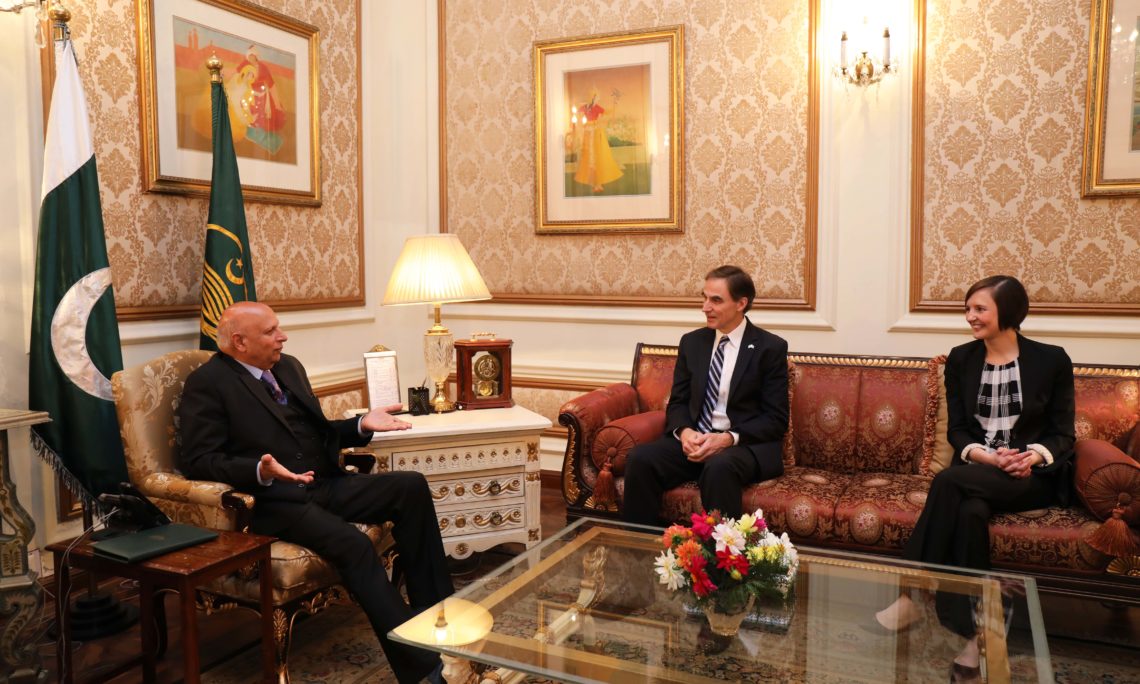 U.S. Ambassador Paul W. Jones, Chargé d’Affaires a.i., emphasized the importance of the Punjab region and reaffirmed the value of the U.S.-Pakistan partnership during his February 12-13 trip to Lahore.

Ambassador Jones called on Punjab Governor Chaudhry Muhammad Sarwar, discussed opportunities for investment in the region with members of the business community, and met with civil society and media representatives.

One of the highlights of Ambassador Jones’ visit was a ribbon cutting at the Federal Investigation Agency’s regional office, which was built using funds provided by the U.S. Department of State’s Bureau of International Narcotics and Law Enforcement Affairs.

“The vital region of Punjab represents Pakistan’s diversity of talent and the strength and courage of its people,” he said.  “Pakistan’s success hinges on tapping the incredible potential of its youth and channeling their dynamism into the labor market needs of today and tomorrow.  To this end, the U.S. government is committed to working with the government and people of Pakistan to ensure a prosperous, peaceful, and stable future.”

For more information about the Ambassador’s travels in Pakistan or U.S. Mission to Pakistan programs, please visit https://pk.usembassy.gov/.