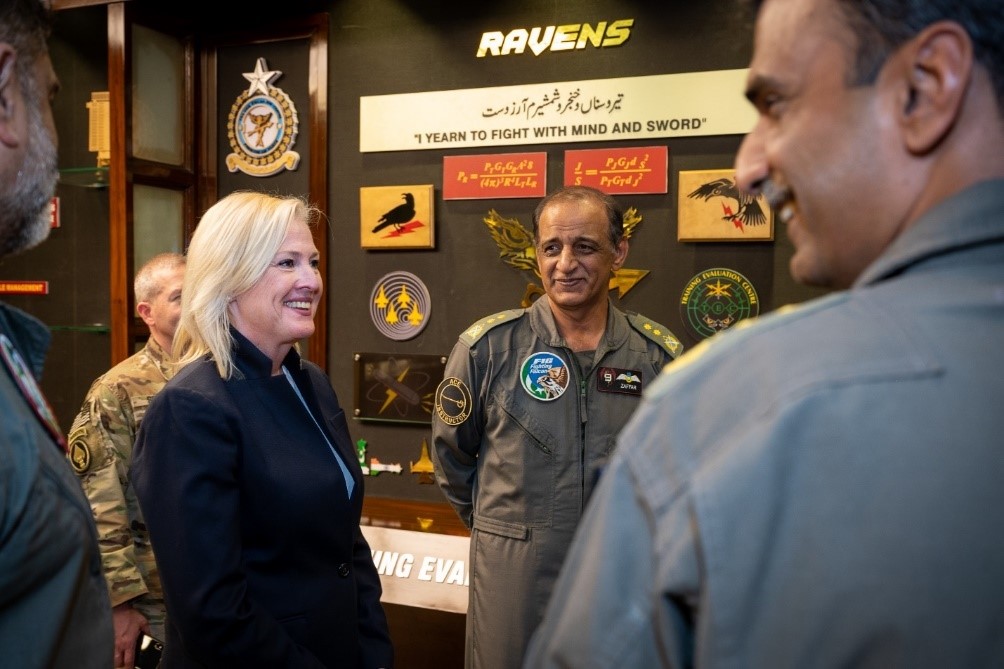 ISLAMABAD, March 7, 2022:  For the first time in three years, the U.S. and Pakistan Air Forces held a joint exercise, Falcon Talon 2022, at a Pakistan Operational Air Force Base from February 26-March 4 to further U.S. and Pakistani security cooperation objectives in the region.  Chargé d’affaires Angela P. Aggeler and visiting Director of Exercises and Engagements at U.S. Central Command (CENTCOM) Major General Steven deMilliano participated in a closing ceremony of the joint exercise between the United States and Pakistan Air Forces on March 4.

Chargé Aggeler congratulated and thanked the Pakistan Air Force for hosting this important exercise.  “It is a real pleasure to welcome so many members of the U.S. Air Force to Pakistan and to see F-16 aircraft operated by both Pakistan and the United States airmen, flying and training side by side,” said Chargé Aggeler, who observed part of the final exercise and greeted U.S. and Pakistan airmen and women as well as technical staff of both Air Forces.

The Chargé emphasized that “through exercises like Falcon Talon 2022, we are sustaining a partnership that helps build regional peace, security, and stability with a shared understanding of threats and means to mitigate them.”

This exercise event was the fourth of its kind, with previous iterations held in 2019, 2011, and 2009.  Last week’s training included flying operations, a large-force exercise, and training focused on partner nation integration across multiple capabilities including maintenance, security forces, and other support.

“Falcon Talon 2022 comes at a key moment as the United States and Pakistan mark the 75th anniversary of our bilateral relations this year,” noted Chargé Aggeler.  The exercise also coincided with 70 years of partnership between U.S. Air Force and Pakistan’s Air Force and aims to strengthen real-world operational efforts against security threats in the region. 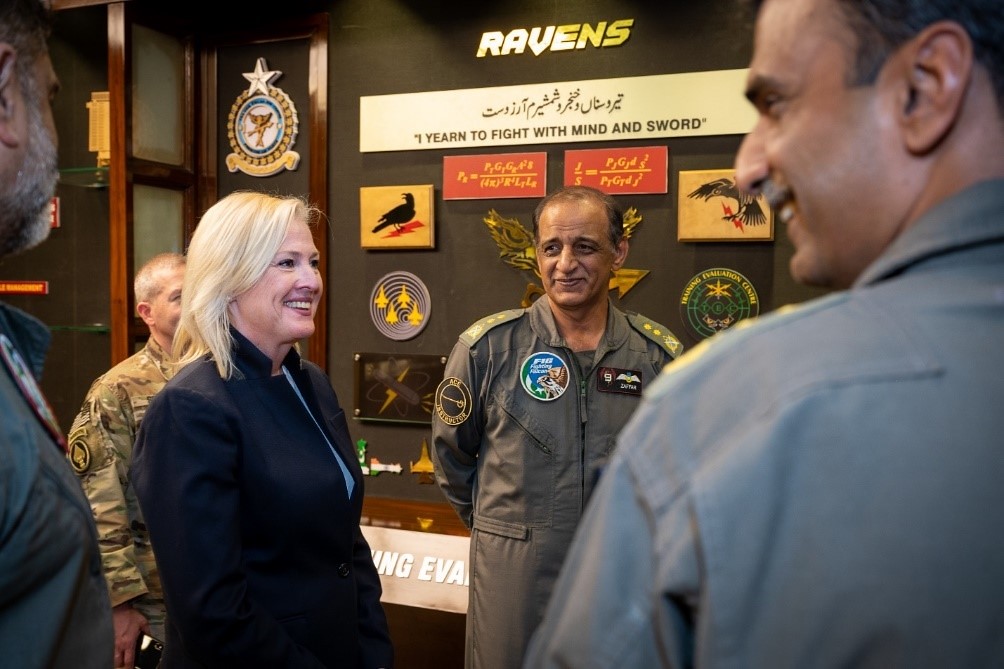