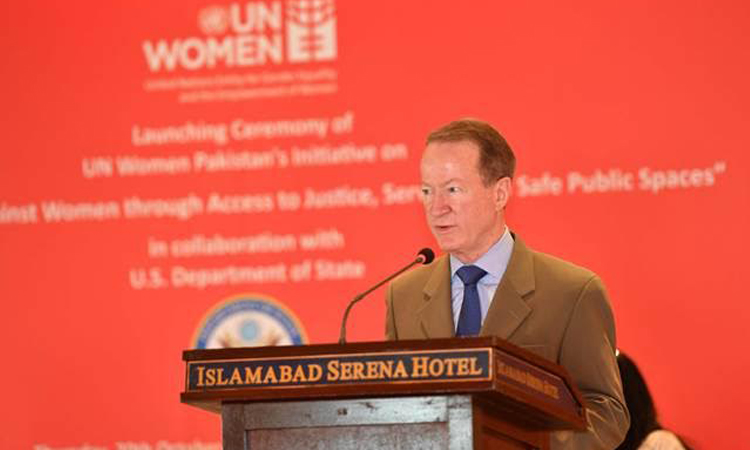 Islamabad, October 24, 2016 – Assistant Secretary of State for International Narcotics and Law Enforcement Affairs (INL) William R. Brownfield traveled to Pakistan from October 20-22 to advance U.S. cooperation in the fight against transnational crime, launch a new program to prevent and respond to violence against women, and enhance justice sector cooperation and reform with Pakistani counterparts. The meetings he participated in, the remarks he gave and his presence attested to America’s commitment to increasing access to justice and support for security sector reform in Pakistan.

Assistant Secretary Brownfield traveled to Islamabad on October 20 where he delivered remarks at the launch of a $3.5 million UN Women project funded by the Department of State’s INL Bureau. This project aims to improve access to justice for women in Balochistan, Punjab, and Sindh through increased access to protections, services, and support. The project will also continue to raise awareness in Pakistan of the violence against women that occurs all too frequently in many areas of the country.

Assistant Secretary Brownfield then traveled to Lahore to meet with Chief Minister of Punjab Muhammad Shahbaz Sharif and Inspector General of Police Mushtaq Ahmad Sukhera. They discussed law enforcement training and reform, as well as counternarcotics assistance and cooperation.