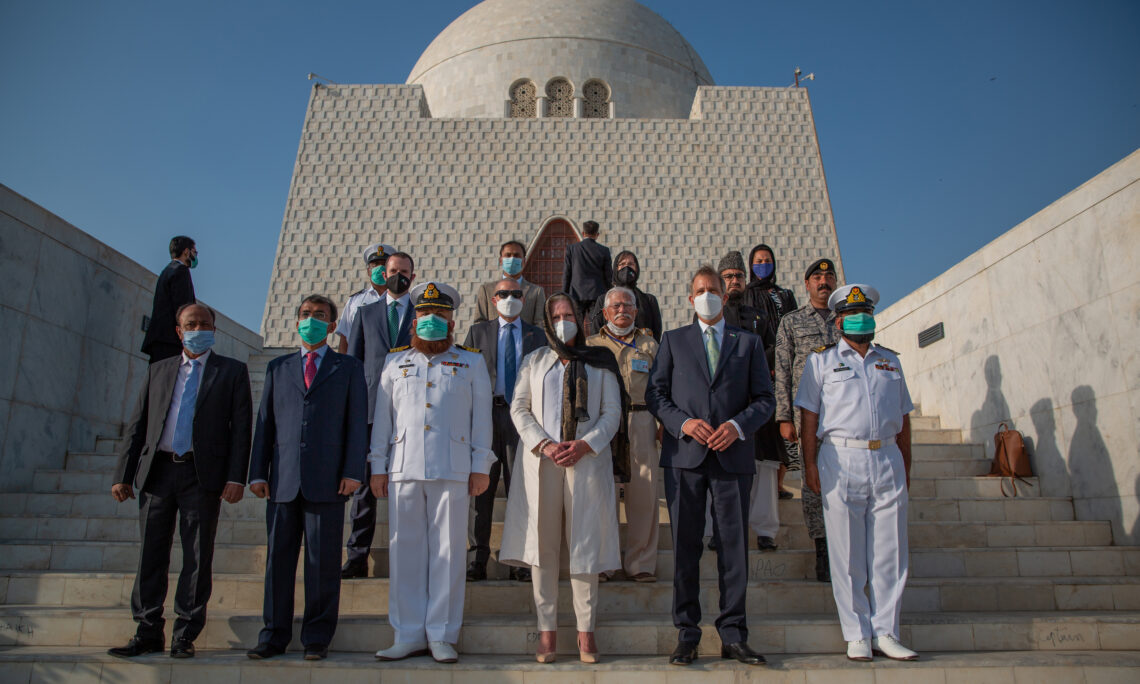 Karachi – U.S. Chargé d’affaires a.i. Angela Aggeler visited the mausoleum of Quaid-e-Azam Muhammad Ali Jinnah and paid her respects to the founder of Pakistan.  Ms. Aggeler laid a floral wreath at the mausoleum and signed the guestbook on behalf of the U.S. Embassy in Islamabad. She also visited the tombs of Liaquat Ali Khan, Pakistan’s first Prime Minister and Fatima Jinnah, Jinnah’s sister.

In the guestbook, Ms. Aggeler noted, “It is an honor to visit Mazar-e-Quaid, a fitting testament to a great leader who believed in a democratic, tolerant, and unified Pakistan.  On behalf of the people of the United States, I would like to express my esteem and respect for Muhammad Ali Jinnah and the foundation he set for the continued partnership between our two nations.  Thank you for the opportunity to reflect upon his unique vision and the continuing importance to all of us as we work toward a strong and peaceful Pakistan.”