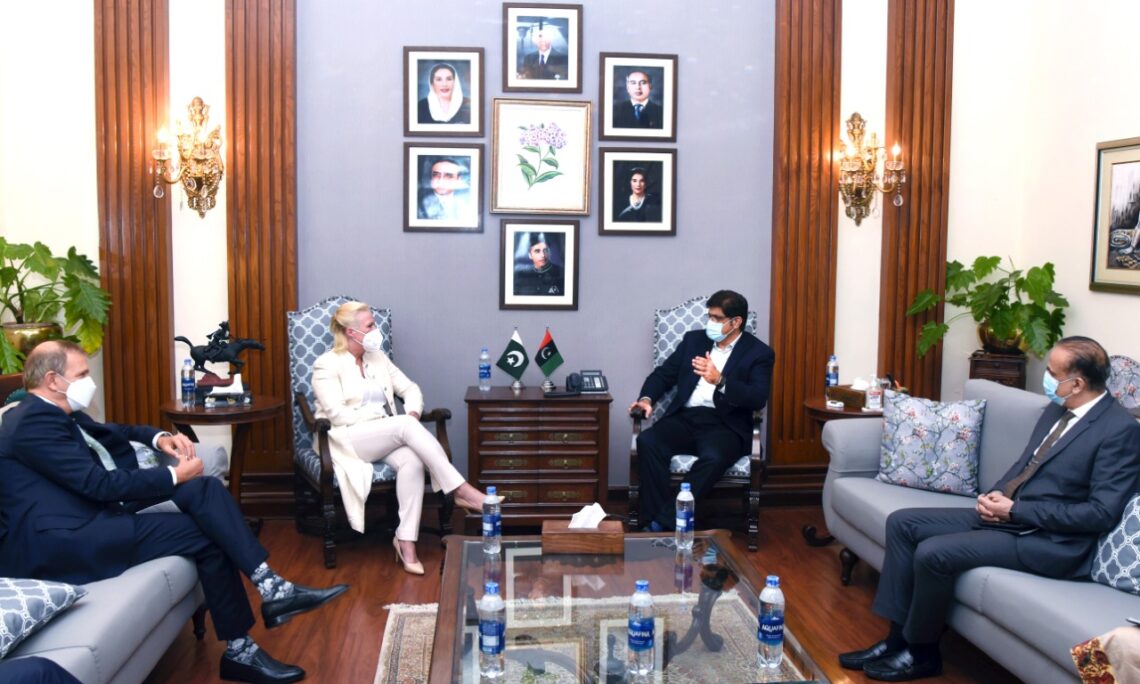 In a meeting with Chief Minister Shah, Ms. Aggeler reviewed efforts to rebuild Karachi infrastructure and recover from August floods in rural Sindh.  She also highlighted U.S. partnership with Sindh provincial authorities to strengthen education, health services, including fighting against COVID, as well as other initiatives.  Ms. Aggeler also met with the State Bank of Pakistan Governor, Reza Baqir, to exchange views on Pakistan’s economic reform agenda and FATF.  She also discussed with prominent business leaders opportunities for U.S. investment and bilateral trade, which hit a record of $6.6 billion in 2019.

Ms. Aggeler led a roundtable discussion with female entrepreneurs on economic opportunities for women in Sindh and Balochistan.  Highlighting the impact of female participation in the global economy, she said: “When women are economically empowered, they invest in their families and communities, which produces a multiplier effect that spurs economic growth and stability.”

During her visit, Ms. Aggeler also paid her solemn respects at the tomb of Quaid-e-Azam Muhammad Ali Jinnah.