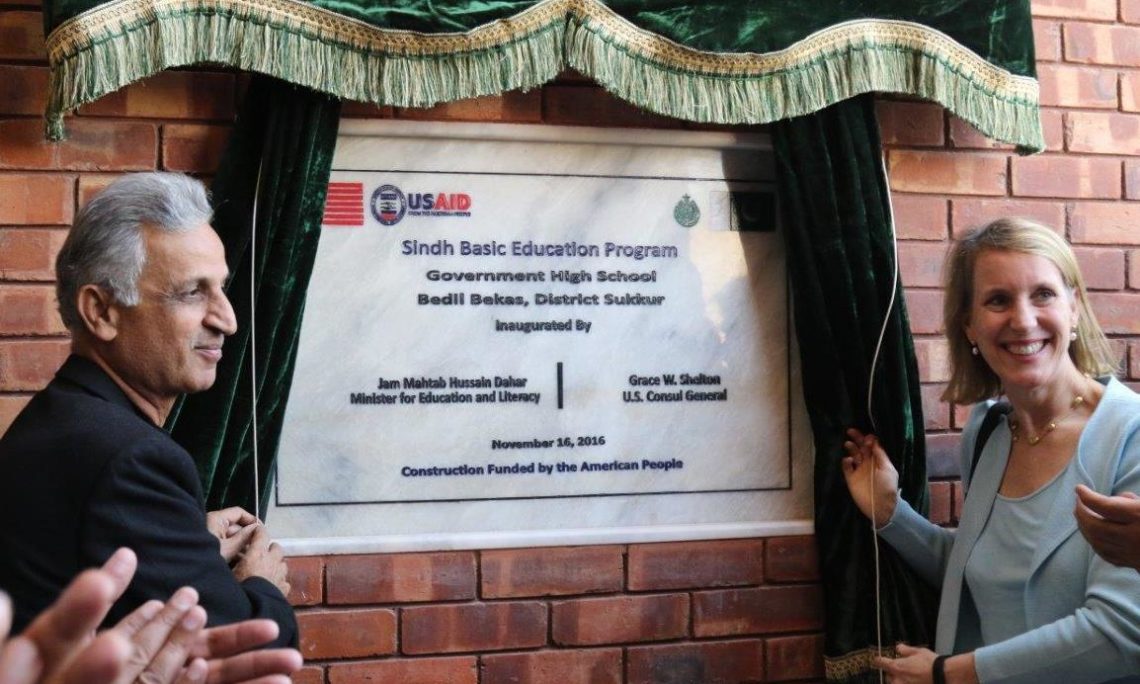 This is the sixth state-of-the-art school constructed under USAID’s $155 million Sindh Basic Education Program to be inaugurated this year. The local government representatives, community leaders, teachers and students attended the ceremony .

“The United States Government strongly supports education in Pakistan, and this school is just one of the 106 state-of-the-art facilities that USAID is constructing in partnership with the Sindh Government,” said Consul Grace W. Shelton at the ceremony. “Here, children will be able to learn and grow, helping Pakistan realize its full potential.”

Jam Mahtab Hussain Dahar, Minister for Education, Sindh expressed his appreciation of the U.S. Government for its strong support in modernizing education in Sindh. “Education is the utmost priority of the Sindh Government and we are very grateful to USAID for helping us in education reforms, a need of the hour.” He added, “Technical support in the launch of Education Management Organizations is another phenomenal support from USAID for the people of Sindh, which will help uplift standard of schooling in the province.”

The Sindh Basic Education Program will construct up to 106 modern school buildings in eight districts of Sindh. Currently, 71 schools are under construction with five schools inaugurated earlier this year. The project aims to increase and sustain student enrollment in primary, middle and secondary public schools in selected areas of Sindh, with a special focus on bringing back children who have dropped out of school.

For more information about USAID and its programs in Pakistan, please visit www.usaid.gov/pakistan.