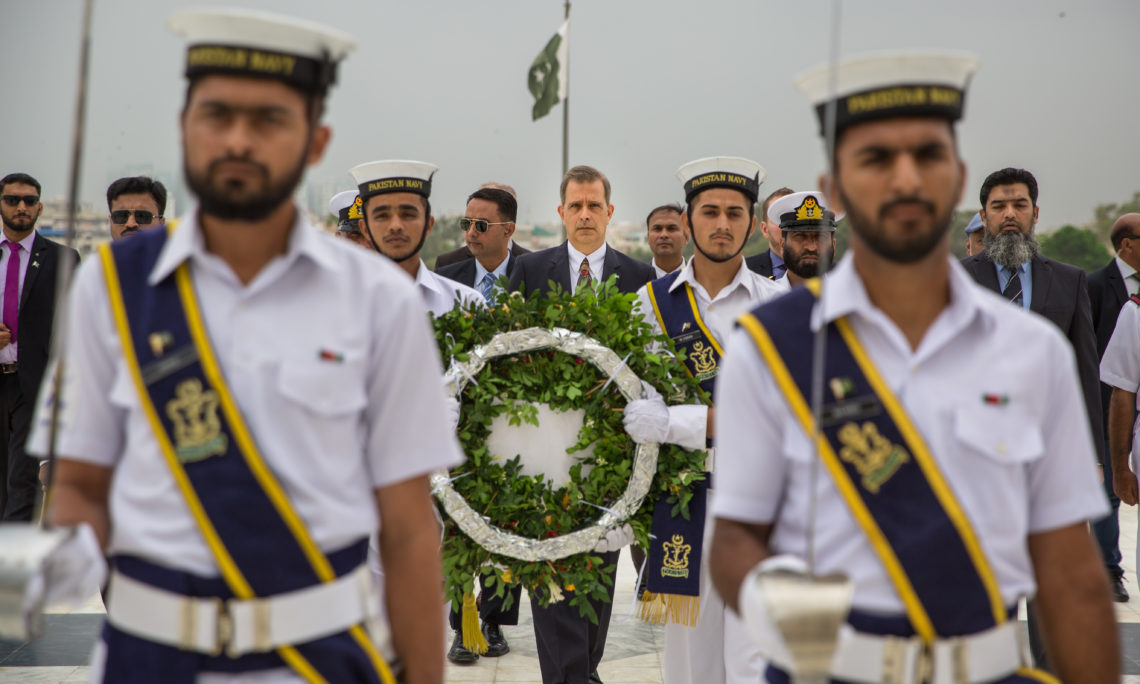 Consul General Robert Silberstein noted, “It is an honor for me to be here at this beautiful Mausoleum to pay my respects to the Quaid-i-Azam, Muhammad Ali Jinnah. This visit has offered me the opportunity to reflect upon his democratic vision of a unified Pakistan that respects diversity, religious harmony and pluralism, values that we in the United States also hold very dear. These values are a true testament to Mr. Jinnah’s greatness.”