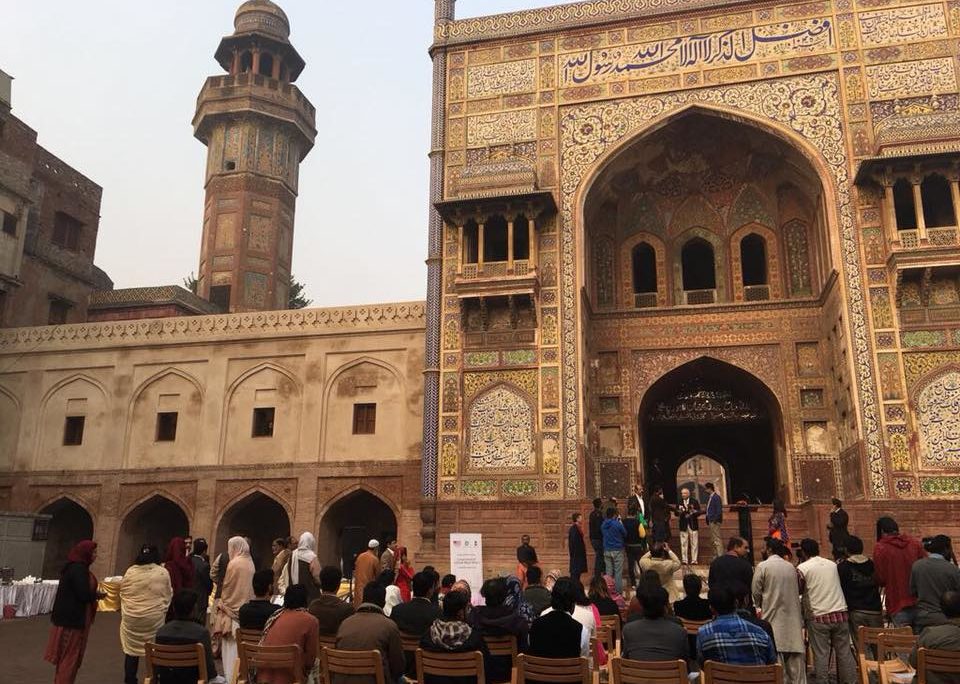 “Sites like the Wazir Khan Mosque Chowk in Lahore’s historic old city are a testament to the city’s rich and multilayered history,” said Consul General Kennedy Trudeau.  “The U.S. Ambassadors Fund for Cultural Preservation supports the preservation of cultural sites, cultural objects, and forms of traditional cultural expression in countries around the world. This project will, I hope, serve as enduring sign of the respect we have for Pakistan, its culture, and its people. It is fitting that this grand opening takes place as Pakistan celebrates its 70th anniversary as a nation. Pakistan Zindabad!”

The AFCP is a U.S. government sponsored initiative that has awarded $55 million since 2001 in support of more than 870 projects in 125 countries.  The U.S. Mission has worked with federal and provincial governments and other partners on a total of 19 grants throughout Pakistan since the fund’s establishment.  With $1.19 million in funding, the restoration of the Chowk of Wazir Khan Mosque is the largest AFCP project in Pakistan.

The restoration took place from October 2015 to May 2017 in partnership with the Aga Khan Cultural Service Pakistan and the Walled City of Lahore Authority.  The project consisted of digging 2.5 meters to separate the existing street level and the original ground level of the forecourt of the Chowk.  It also included the conservation of the Dina Nath Well, a public well located in the northeast section of the square.

The Chowk will now return to its original  function as a public space and will increase tourism and economic growth for the surrounding community.