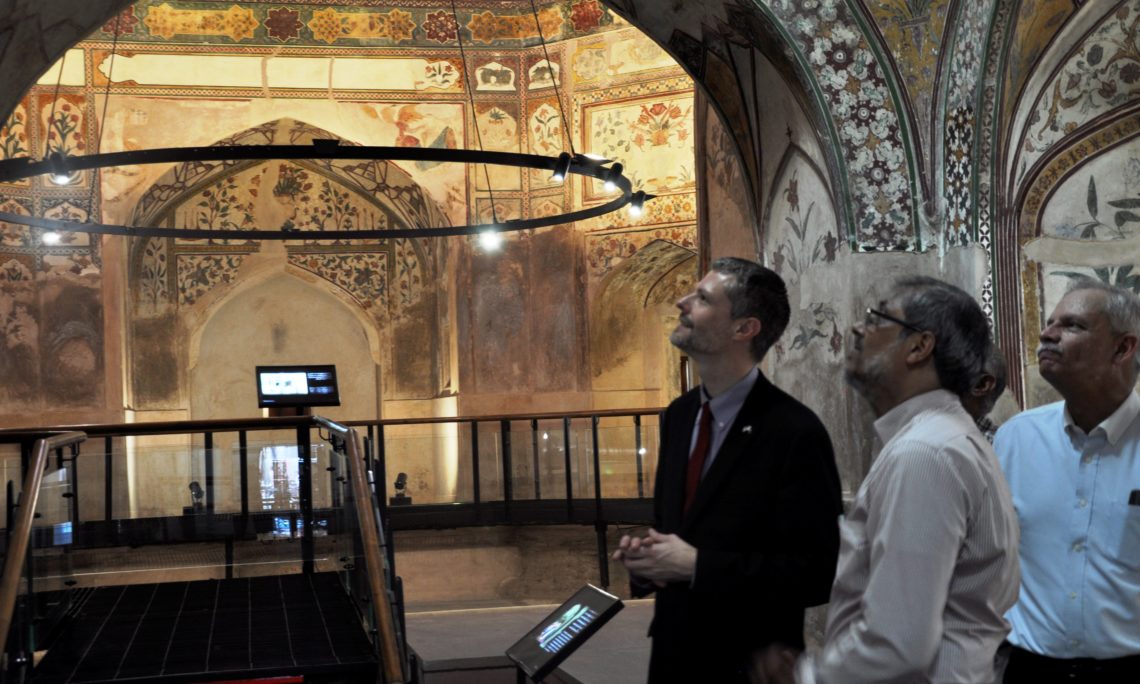 “Sites like the Wazir Khan Mosque are powerful symbols of culture and religion, providing insight into the rich history of the subcontinent,” said Consul General Fedkiw, who will be leaving Lahore soon for another assignment.  “The U.S. Ambassador’s Fund for Cultural Preservation supports the preservation of heritage sites in countries around the world.”

The AFCP is a U.S. government-sponsored initiative to protect at-risk cultural treasures.  The fund has awarded $55 million in grants since 2001 in support of more than 870 projects in 125 countries.  The U.S. Mission has worked with federal and provincial governments and other partners on a total of 19 grants throughout Pakistan since the fund’s establishment.  With nearly $1.2 million in funding, the restoration of the Chowk of Wazir Khan Mosque is the largest AFCP project in Pakistan.

The rehabilitation and conservation effort was carried out from October 2015 to May 2017 as a project of the Aga Khan Cultural Service Pakistan (country affiliate of the Aga Khan Trust for Culture), in partnership with the Walled City of Lahore Authority (WCLA), which will be responsible for its management and maintenance.

The restoration project consisted of digging 2.5 meters to separate the existing street level and the original ground level of the forecourt of the Chowk.  The project also included the conservation of the Dina Nath Well, a public well located in the northeast section of the square.  Six meters of excavation in and around the well  revealed  historical construction from the Mughal and Sikh eras.

The Chowk will now return to its original  function as a community space, where people can meet before prayer, recite religious poetry, or peruse handmade religious merchandise sold in the hujras.  The restoration of the chowk will be an attraction for tourists and locals looking for a more intimate feel for this historic city!