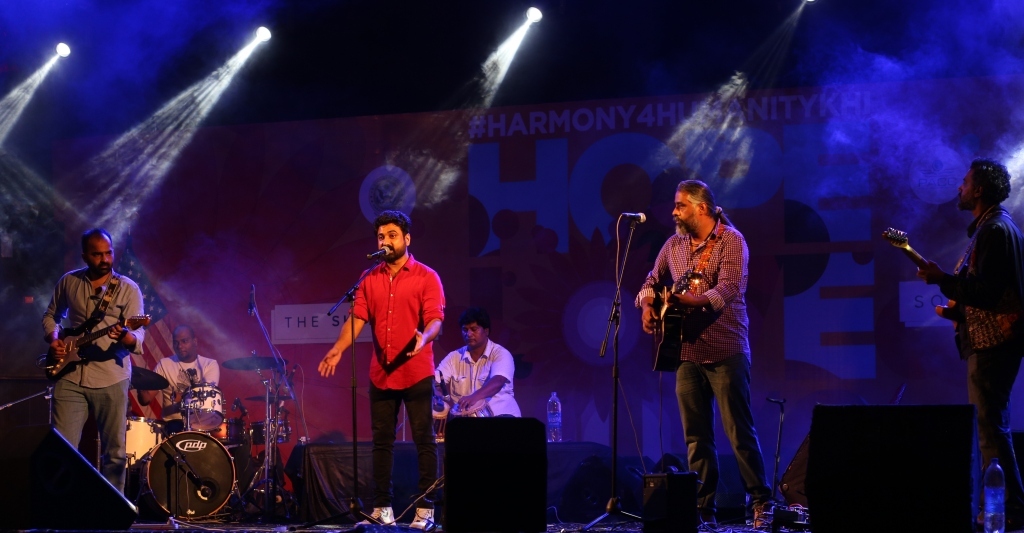 Karachi – A festive crowd of more than 600 music lovers celebrated Daniel Pearl World Music Days with musical performances at the former U.S. Consul General’s Residence in Karachi this evening. Featured were two of Sindh’s own, Sounds of Kolachi, led by the talented Ahsan Bari, and The Sketches, led by master fusionist Saif Samejo.

“Daniel Pearl promoted respect and understanding with his love of different cultures, friendly smile, and appreciation of music,” said U.S. Deputy Chief of Mission Jonathan Pratt. “I think everyone here tonight can identify with that.”

“I listened to The Sketches last week in Hyderabad and was moved by the music and its ideas of love and harmony. I am really excited people this evening can hear that message, which is interwoven with the beautiful fusion of Sindhi traditional and contemporary instruments and rhythms.” added U.S. Consul General Grace Shelton. “Pakistanis and Americans are once again standing together tonight to promote a message of tolerance, respect and mutual understanding.”

Daniel Pearl World Music Days is an international network of concerts that celebrate the life and work of journalist and musician Daniel Pearl, who was killed while on assignment in Karachi. Across the world, journalists like Daniel Pearl are working to strengthen democracy and promote peaceful understanding between people, often at great personal risk. In recognition of this important work, performances have been held since 2002 in more than 140 countries around the globe. The theme of Daniel Pearl World Music Days concerts is “Harmony for Humanity,” which supports diversity and the belief that the power of music can bridge differences.