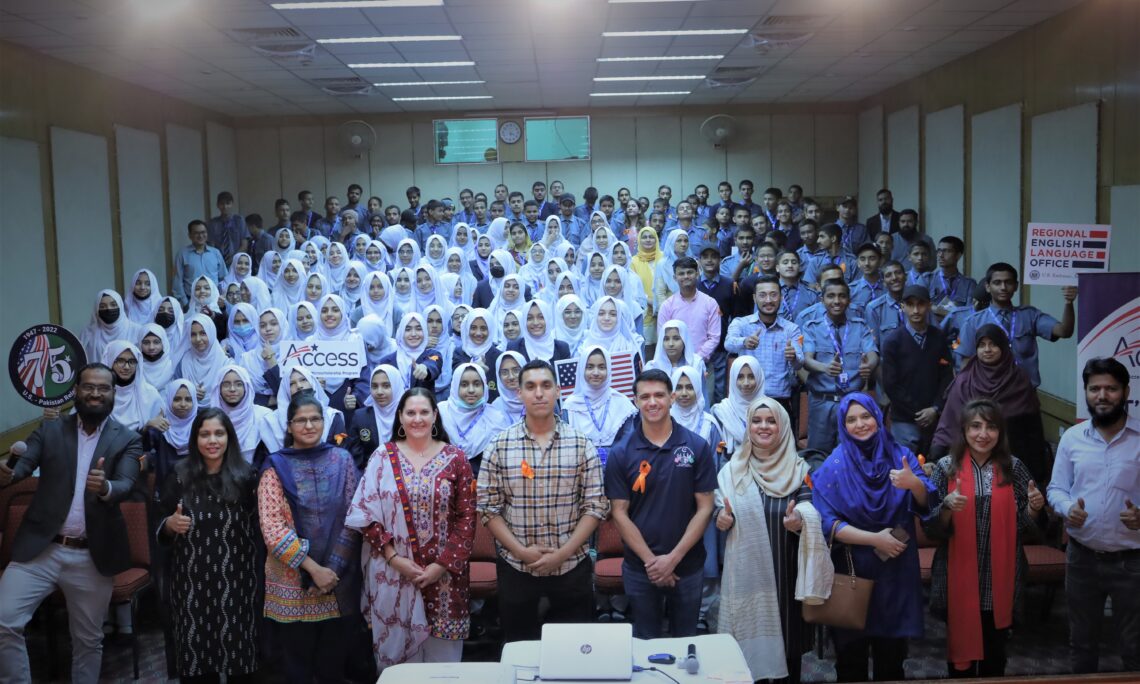 KARACHI (December 2022) – The U.S. Consulate General in Karachi marked the conclusion of 16 Days of Activism against Gender-Based Violence with a community discussion to mark Human Rights Day and to commemorate the final day of the global campaign.  Consulate officials including Acting Consul General Liam O’Flanagan attended the event and affirmed their support for policies that address violence against women, girls, and the transgender community.  The roundtable discussion concluded with a candlelight vigil where participants pledged their continued commitment to fight gender-based violence.

“Ending gender-based violence requires a global effort, where elevating the status of women and girls creates the landscape for everyone to flourish and reach their full potential and to be agents of change in their communities, free from violence and fear,” O’Flanagan said, “and accomplishing this goal requires a deep commitment from all members of society.”

U.S. Consulate Karachi was active throughout the 16 days of activism as a sponsor of several community events.  It also collaborated with organizations, civil society leaders, activists, and grantees to engage people in discussion and action to end gender-based violence.  Events included a virtual discussion on gender-based violence with newly recruited English Works students.  The gender-equal group discussed the ways in which the next generation of leaders in Pakistan and throughout the world can support women’s and girls’ empowerment.

Other events included Lincoln Corner open-mic nights, where students could speak, sing, or present poetry about ending violence around the world.  As a part of its ongoing Sports Diplomacy campaign, the U.S. Consulate sponsored self-defense classes for 150 girls in collaboration with U.S. Consulate Marines.  Acting Consul General O’Flanagan also participated in a roundtable discussion with transgender community activists.

The 16 Days of Activism Against Gender-based Violence began in 1991. The annual campaign runs from the International Day for the Elimination of Violence Against Women on November 25 to International Human Rights Day on December 10. This year’s campaign theme was “UNITE!  Activism to end violence against women and girls.”  The campaign’s timing symbolically links the prevention of violence against women with broader human rights issues.