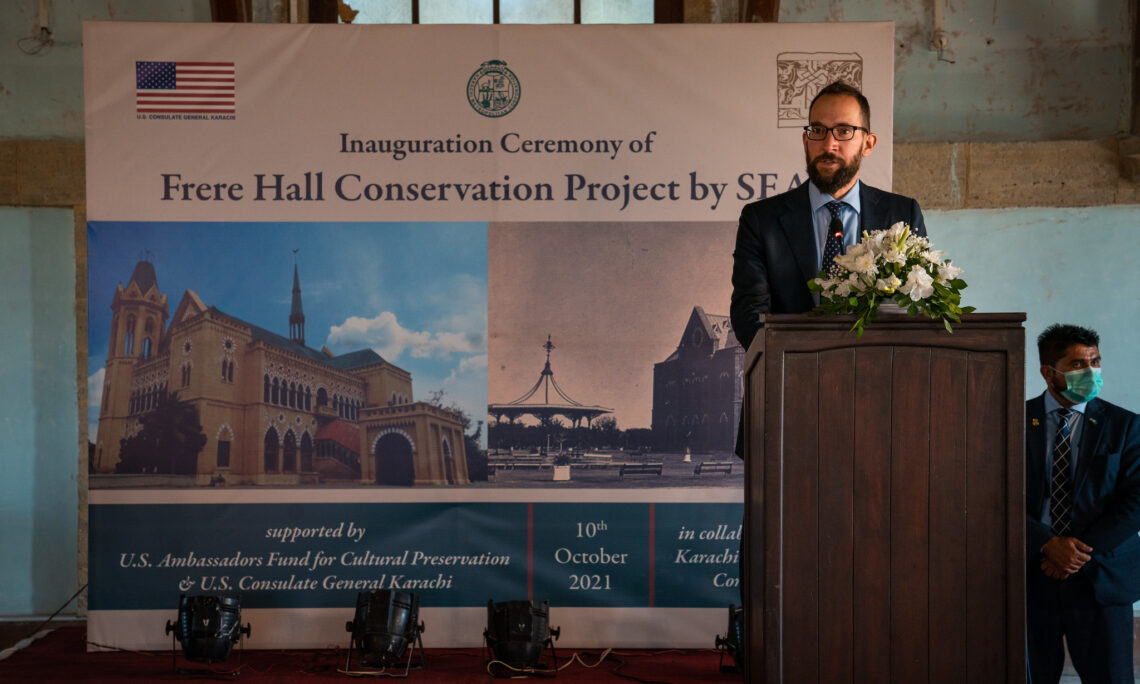 Karachi, October 11:  The U.S. Consulate General in Karachi and Karachi Metropolitan Corporation (KMC), in partnership with the Sindh Exploration and Adventure Society (SEAS), launched a conservation project to restore Frere Hall on the 156th anniversary of Frere Hall’s public opening.  The U.S. Consulate General gave a grant under the U.S. Ambassadors Fund for Cultural Preservation (AFCP) to SEAS, who will carry out the project.

The conservation project of the historic Frere Hall building will restore original elements and return the site to its full capacity and traditional glory.  This effort will conserve and strengthen the historic building.  Work will include stabilization of the Hall’s vintage staircase, restoration of the teak wooden flooring on the first floor, foyer rehabilitation, conservation of doors and windows previously damaged from bomb blasts, rainwater prevention measures, repair of damaged waterproofing of the roof, installation of new electric wiring distribution, and rehabilitation and conservation of the tilting and damaged turret and tower.  SEAS will also document, assess, and report in detail on the existing structure and its conservation issues for further future projects.

These efforts will ensure this Karachi landmark will serve the public well into the next century.