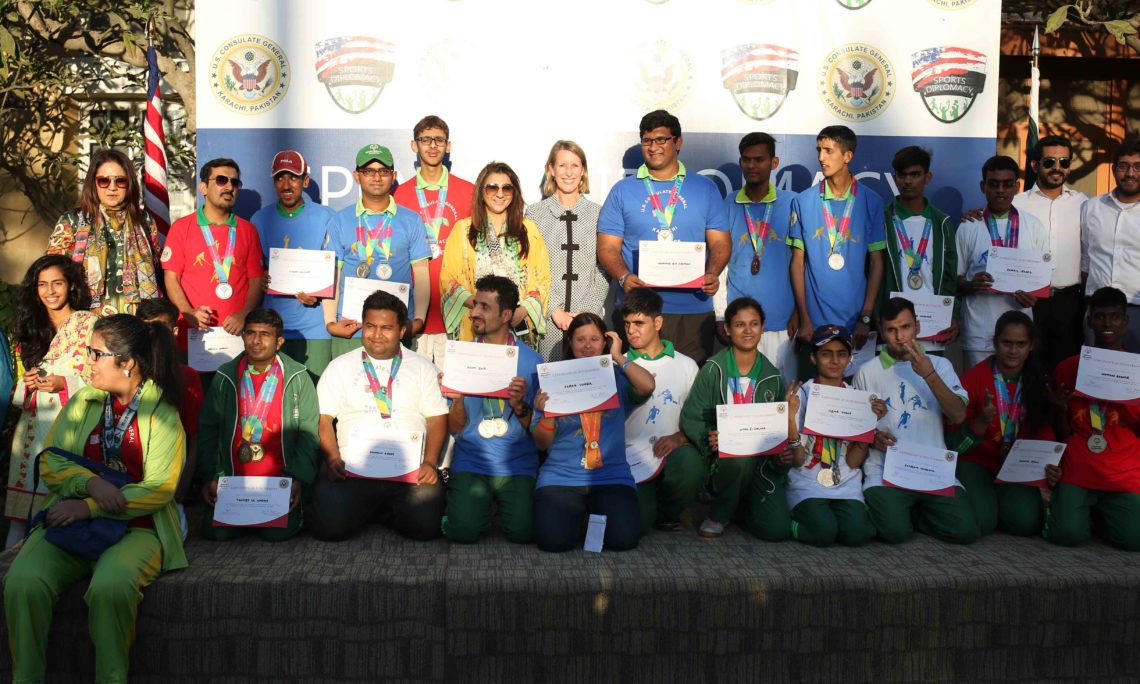 “Despite different abilities and skillset, it is great to see these students work hard to achieve a common goal,” said CG Grace Shelton, speaking at the event.  “That effort reminds us all what is possible when we work together and remain committed to a common goal.”
The Special Olympics was founded in the 1950s by President John F. Kennedy’s sister, Eunice Kennedy Shriver when she saw how unjustly and unfairly people with intellectual disabilities were treated. The first international Special Olympics competition was held in Chicago in 1968 and since then has expanded to include over 100,000 events globally.