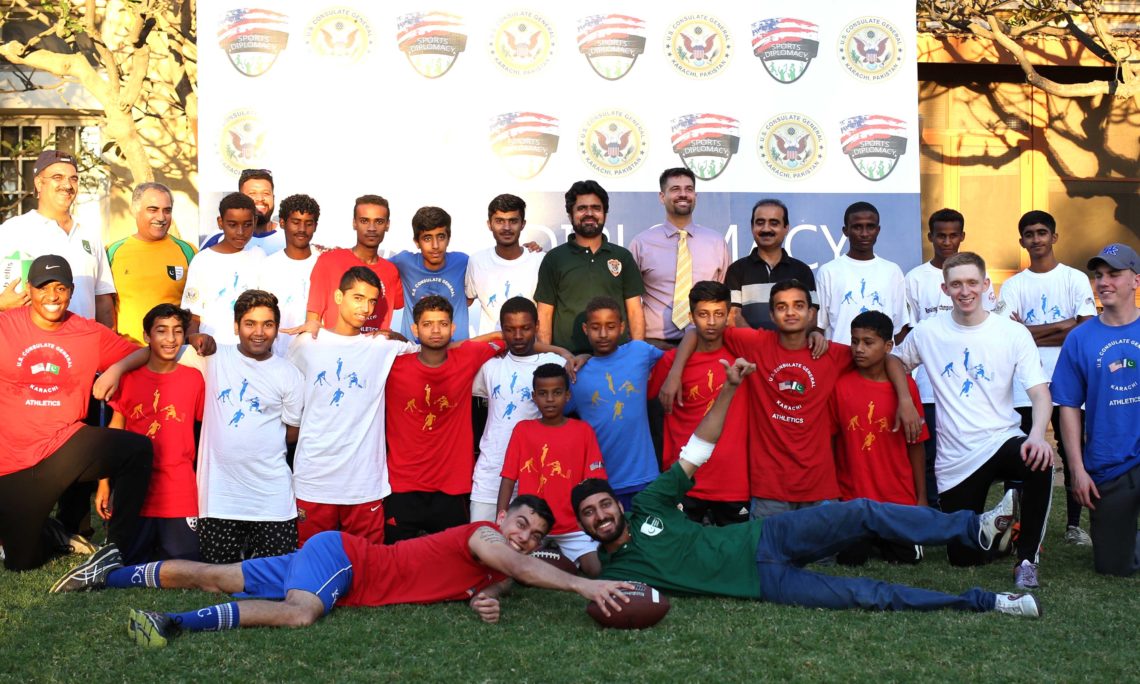 Karachi — Acting Consul General John Warner welcomed approximately 20 male students aged 13 through 18 from “The Al-Qadir School”, a lower-middle-class private school in Liyari, to learn the rules of American Flag Football alongside volunteers from US Consulate Karachi. This is the first time Consulate Karachi held a sports diplomacy event featuring American Football for local students. Acting CG Warner, and Principal of Al-Qadir School Mr. Dost Muhammad Danish, presided over the event and appreciated the enthusiasm of the students to give the new sport a try.

Acting CG Warner, while speaking at the event said: “American football has long been one of the most popular sports in the US and we are so happy to be sharing this American tradition with young Pakistani athletes today.  Here at the U.S. Consulate we continue to believe that sports diplomacy is one of the best ways to bring people together and promote a healthy and active lifestyle.”

American Football was invented in the United States way back in the 1860s, and since then the sport has carved out a very special place in American culture.