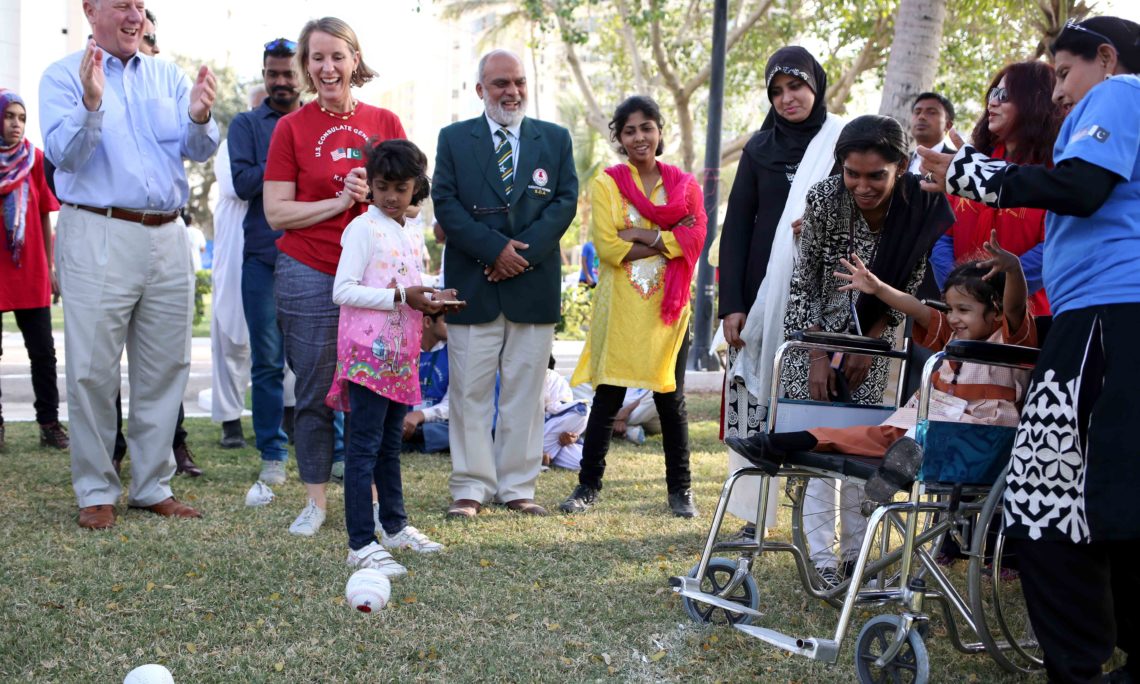 Karachi — United States Consul General Grace Shelton welcomed approximately 100 differently-abled athletes and their parents and mentors from Para Sports Pakistan for a Paralympics Sports Diplomacy event on February 28.  At the official residence of the Consul General, the athletes participated in hearing impaired football, wheelchairs races, blind cricket, wheelchair basketball, and softball alongside volunteers from the U.S. Consulate General in Karachi.  This is the first time Consulate General – Karachi has held a sports diplomacy event with Paralympics athletes in Pakistan.  This event is part of Consulate’s series of sports diplomacy events, targeting traditionally disadvantaged groups who face discrimination in Pakistani society.

Consul General Shelton said, “It is no secret that Paralympic athletes around the world inspire people in their communities to open their hearts to a wider world of human potential and talent.” She added, “Paralympic sports have an outstanding capacity to transform communities, and even countries.”
Mr. Khalid Rehmani, President of Para Sports Pakistan, said in his remarks that his organization works for the Special Athletes having various types of disabilities.  Previously, para-sports were almost exclusively limited to rehabilitation purposes.  However, in recent years, para-sports have been steadily expanding to include competitive professional sports at the highest levels.