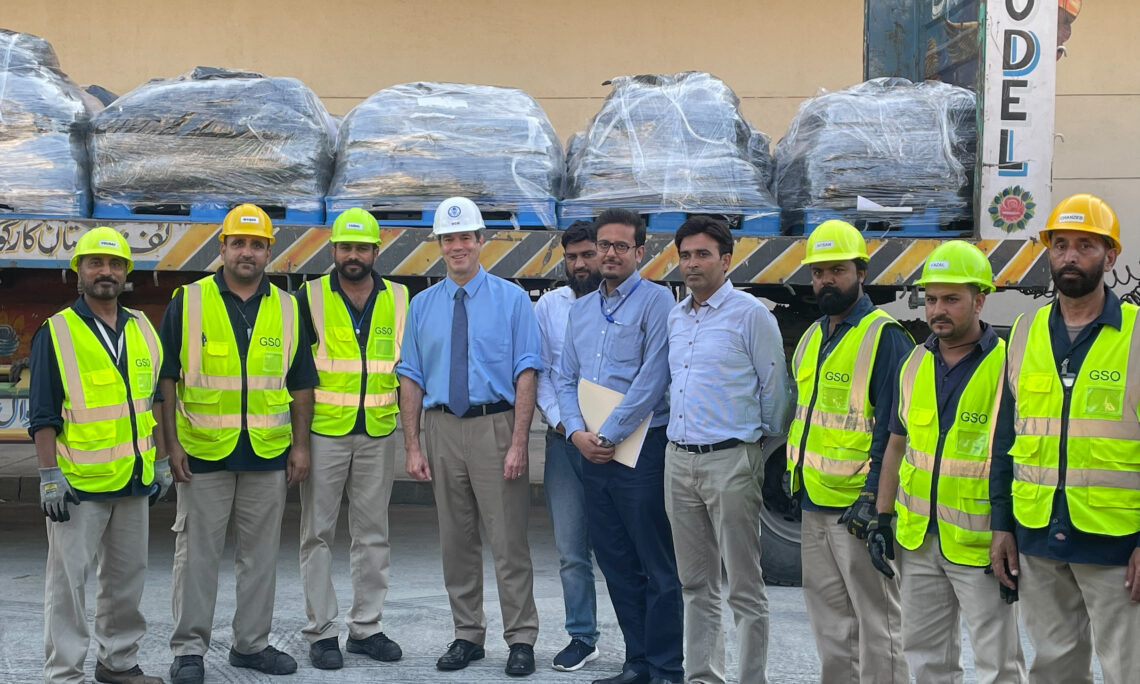 Peshawar, October 10 – On a three-day visit to Peshawar, U.S. Deputy Chief of Mission (DCM) Andrew Schofer underscored the U.S. government’s commitment to the government and people of Khyber Pakhtunkhwa through economic, development, security, and cultural preservation programs which have strengthened U.S.-Pakistan bilateral relations over the past 75 years.

During the DCM’s visit to Khyber Pakhtunkhwa, the U.S. Embassy Islamabad donated four trucks (183 pallets) of critical relief items to the International Committee of the Red Cross in Peshawar, including water, baby diapers and cribs, warming and hygiene kits, blankets and more to aid flood-affected communities in Khyber Pakhtunkhwa.  The U.S. government has thus far contributed more than $66 million in cash, food, shelter, and health assistance in response to the devastating flooding.  U.S. support also included a U.S. military airbridge that delivered lifesaving supplies to the people of Pakistan.

The following day, DCM Schofer visited the Joint Police Training Center in Nowshera.  The $17.2 million training center for the KP Police, whose construction is funded by the U.S. Bureau of International Narcotics and Law Enforcement Affairs (INL), is in fact INL’s largest ongoing project.  The facility will be completed in 2023.  DCM Schofer met with Inspector General Moazzam Jah Ansari and witnessed the KP Police Elite Force in action while they were participating in a training activity.

“It is wonderful to be here to see this training facility, and I cannot wait to see the remaining six buildings inaugurated next year.  I am glad the 38 completed buildings are already being put to good use.  Through INL alone, we have invested over $300 million in KP since 1982.  We are especially pleased to have worked together with the KP Police on this project,” said DCM Schofer during the visit.

DCM Schofer also visited the Peshawar Museum to explore the extraordinary collection of Gandhara artifacts, and had the opportunity to use the U.S.-funded mobile app designed to inform visitors with the history of each artifact in three different languages.  The U.S. government has supported six Ambassadors Fund for Cultural Preservation projects in KP, investing more than $800,000 in cultural heritage preservation since 2002.

DCM Schofer wrapped up his trip to Peshawar with a tour of the Torkham border crossing and viewed the 46-kilometer Peshawar-Torkham Road, an $87 million U.S. government construction project which is used by 16,000 vehicles daily, while reducing the cost of travel and vehicle maintenance by half.