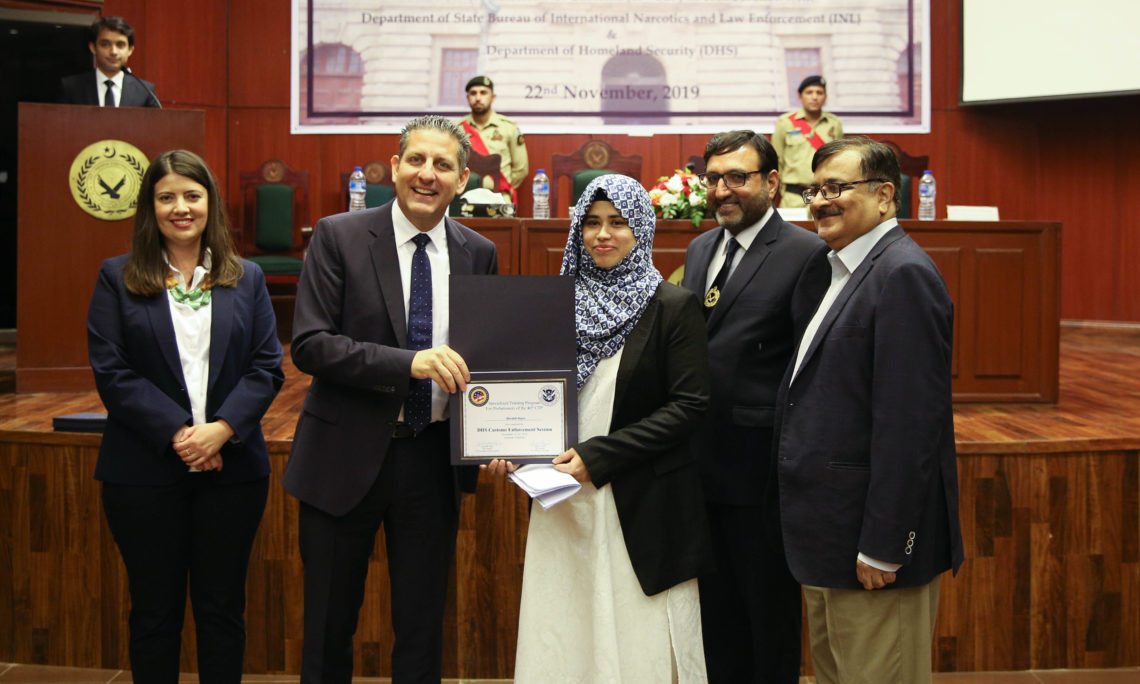 Speaking to the 32 probationary officers—including 12 women officers—Acting Consul General Hillmeyer said Customs officers are “Pakistan’s front line in preventing smuggling of narcotics and other illicit goods through your land borders, airports, sea ports, and coastline…We are proud to support Customs with training and equipment to assist in your mission to enforce Pakistan’s customs laws.”

This training was made possible through a partnership between U.S. Department of State’s Bureau of International Narcotics and Law Enforcement (INL) and the U.S. Department of Homeland Security (DHS). INL has provided over $1,531,000 (238,836,000PKR) in support to Pakistan Customs since 2001 through the provision of training and the donation of vehicles and other equipment to support Customs’ efforts to protect Pakistan’s borders and prevent illicit smuggling.

The United States Department of State’s Bureau of International Narcotics and Law Enforcement Affairs works in more than 90 countries to help countries combat crime and corruption, counter drug-related offences, improve police institutions, and promote laws and court systems that are fair and accountable. Find out more about INL at: http://www.state.gov/j/inl/.