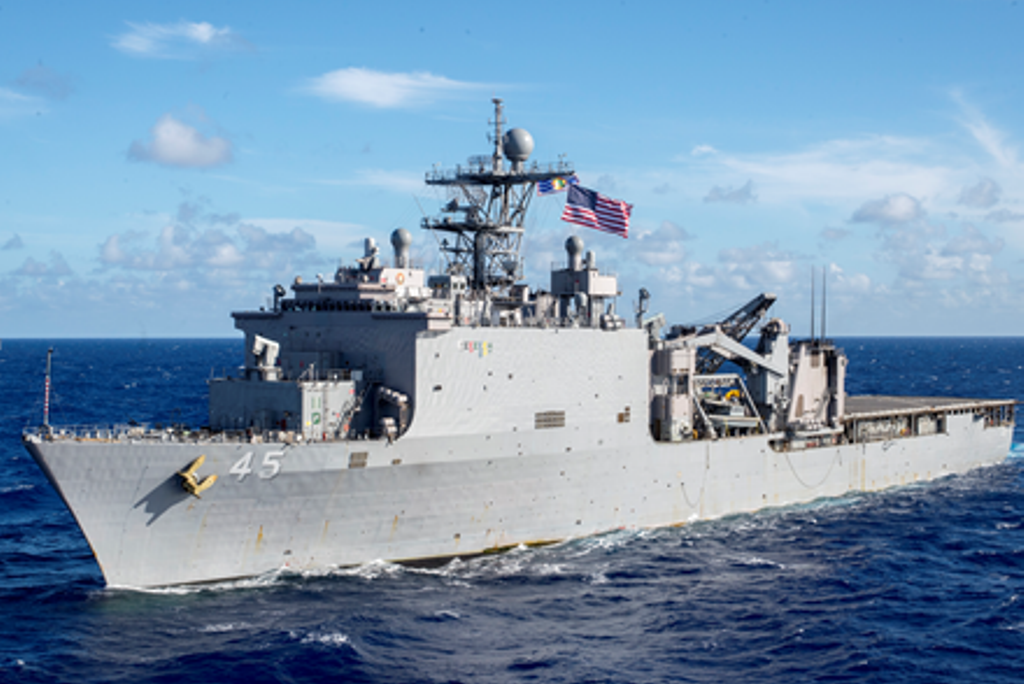 Karachi — U.S. Naval and Coast Guard forces joined military counterparts from Pakistan and more than 35 other countries in the AMAN 17 exercises in Karachi, from February 10 to 14.  AMAN 17 is a Pakistani-led, multilateral exercise held biennially in Karachi and in the North Arabian Sea.
The USS Comstock, an amphibious dock landing ship, was part of the International Fleet Review during the exercise.

The Pakistan-hosted biennial exercise enhanced maritime cooperation with multilateral partners.  Skills gained during the exercise will enhance U.S. Navy and Pakistan Navy capabilities to combat global threats such as piracy and narcotics trafficking in the Arabian Sea, Gulf of Aden, and Gulf of Oman.

“AMAN 17 was an opportunity for the U.S. and Pakistan to continue our ongoing maritime cooperation and to work with other partners to strengthen global security,” said U.S. Ambassador David Hale. “The U.S. has provided military support to Pakistan for many years including training and exchanges.”

U.S. security assistance to Pakistan focuses on strengthening counterterrorism and counterinsurgency capabilities of the Pakistan military. Security assistance has improved Pakistan’s ability to participate in maritime security operations to counter piracy and narcotics.   Assistance has also concretely aided Pakistan in its fight against militants, including those that directly threaten the United States.

In one example of security assistance, the U.S. is providing the Pakistan Maritime Security Forces with two Island-class patrol boats to assist in securing the maritime domain.  This equipment grant and associated training reflects the strong bilateral relationship between the U.S. and Pakistan navies.  Furthermore, in August 2010, the U.S. transferred PNS Alamgir, formerly USS McInerney, to the Pakistan Navy.  PNS Alamgir has supported coalition operations in the US Central Command area of responsibility, including participation in the Indian Ocean counter piracy task force, CTF-151.