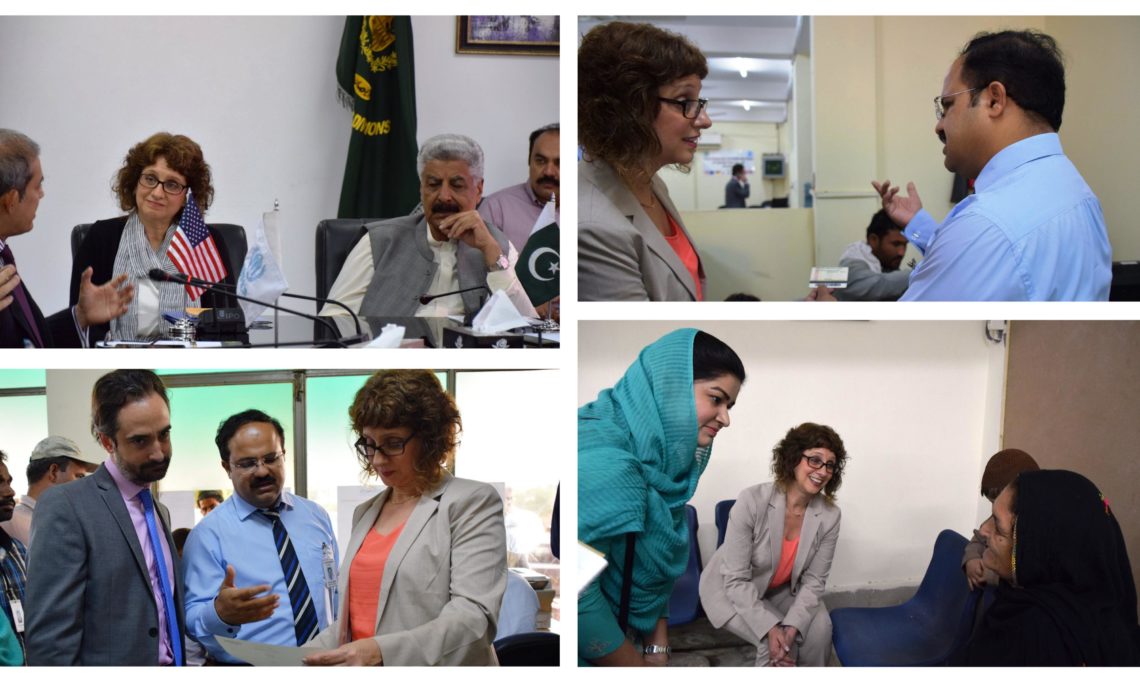 Islamabad, June 3, 2017 – United States Deputy Assistant Secretary of State for Population, Refugees, and Migration Nancy Izzo Jackson visited Pakistan from May 31 to June 3. During the visit, she reaffirmed the United States’ long-term commitment to humanitarian assistance to victims of the Afghan conflict and appreciated Pakistan’s role in hosting one of the world’s largest and most protected refugee populations, saying, “I am proud to say the United States joins Pakistan in its enduring commitment to humanitarian assistance… Our nations are friends and we are partners, joined together in this cause by the belief that we have a responsibility to help those who are suffering from violence, persecution or conflict.”

In fiscal year 2016 and to date in fiscal year 2017, the United States has provided nearly $243 million dollars in humanitarian assistance to Afghan refugees, returnees, and host communities in the region.  The United States remains the largest, single-country contributor to UNHCR, and provides additional support to non-governmental organizations.

Ms. Izzo Jackson noted, “No country, no community, and no single person can be expected to shoulder the responsibility of caring for so many displaced people, and I am proud that the U.S. is partnering with UNHCR and seven different NGOs in the field – including two Pakistani organizations – to make sure that assistance is given where it is most needed.”

Photos are available on the U.S. Embassy Flickr page.