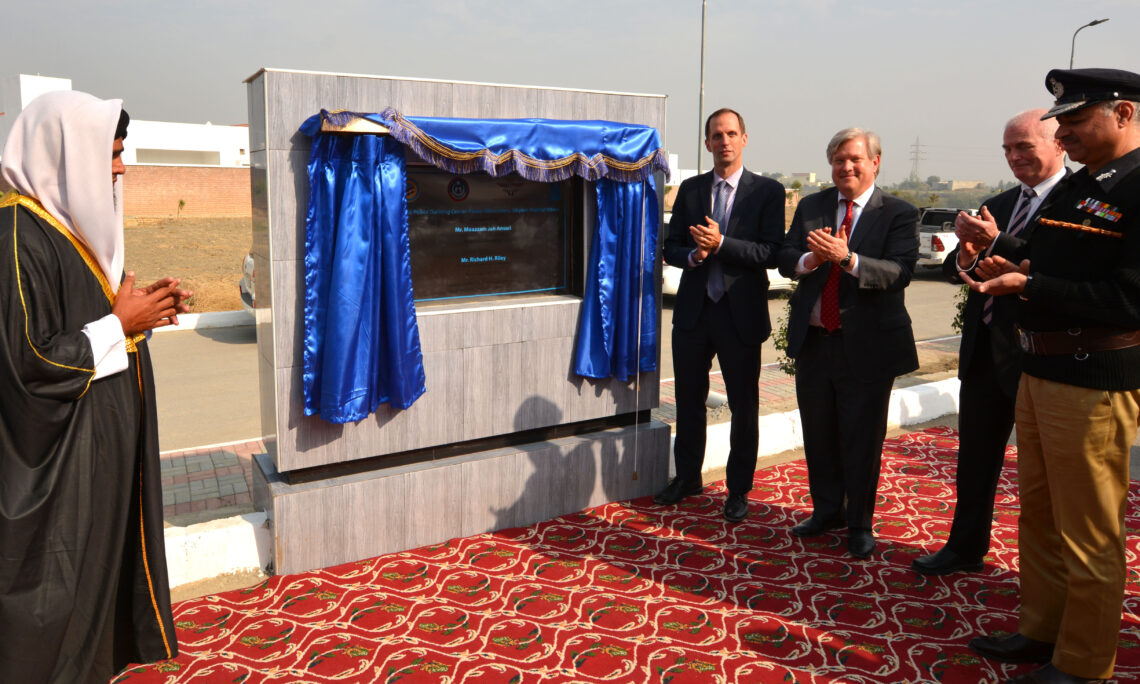 Peshawar, November 18, 2021 – The U.S. government, through the International Narcotics and Law Enforcement Affairs Section (INL), inaugurated new KP Police and Frontier Constabulary facilities worth a total of over $18 million.

“This week’s events are the newest steps in the long partnership between the United States and Pakistan,” U.S. Consul General Richard H. Riley said.  “The United States hopes these facilities will help the Khyber Pakhtunkhwa Police and Frontier Constabulary meet their goals of training increasingly capable, professional officers and expanding law enforcement services into the newly-merged districts.”  Regarding facilities for women that were constructed, INL Director Mark Tervakoski noted, “We are happy we can assist with infrastructure that will allow more women to join the ranks of Pakistani law enforcement.  Overall, these projects are about increasing the security and prosperity of all Pakistanis, of all genders.”

The inaugurated facilities include a Police Training Center in Shahkas, ten check posts in the newly merged districts, an addition to the Frontier Constabulary training center in Michni, and completion of the second phase of construction at the KP Joint Police Training Center in Nowshera.  Officials also celebrated the ground-breaking for a new accommodation barracks for female trainees at the Shahkas facility.

The new Shahkas training facility has a 500-officer capacity and is already playing an important role in the training of former Levies security forces as they transition into the Khyber Pakhtunkhwa provincial police.  The ten check posts in Khyber, Mohmand, Kurram, and other tribal districts will smooth the transition of former Levies forces into the KP Police and help extend police services to the citizens of the newly merged districts.  The Michni Police Training Center addition will assist the Frontier Constabulary in meeting its goal of expanding its ranks by an additional 5000 personnel.  The completion of the second and final construction phase of the Joint Police Training Center in Nowshera, which included the construction of forty buildings, among them facilities for female trainees, will increase its capacity from 540 to 1700 trainees.

For almost 40 years, the United States and Pakistan have worked to improve citizen security and enhance police capacity across Pakistan. The Bureau of International Narcotics and Law Enforcement Affairs, part of the U.S. Department of State, works in more than 90 countries to help combat crime and corruption; counter the narcotics trade; improve police institutions; and promote court systems that are fair and accountable. Find out more about INL at: http://www.state.gov/j/inl/.