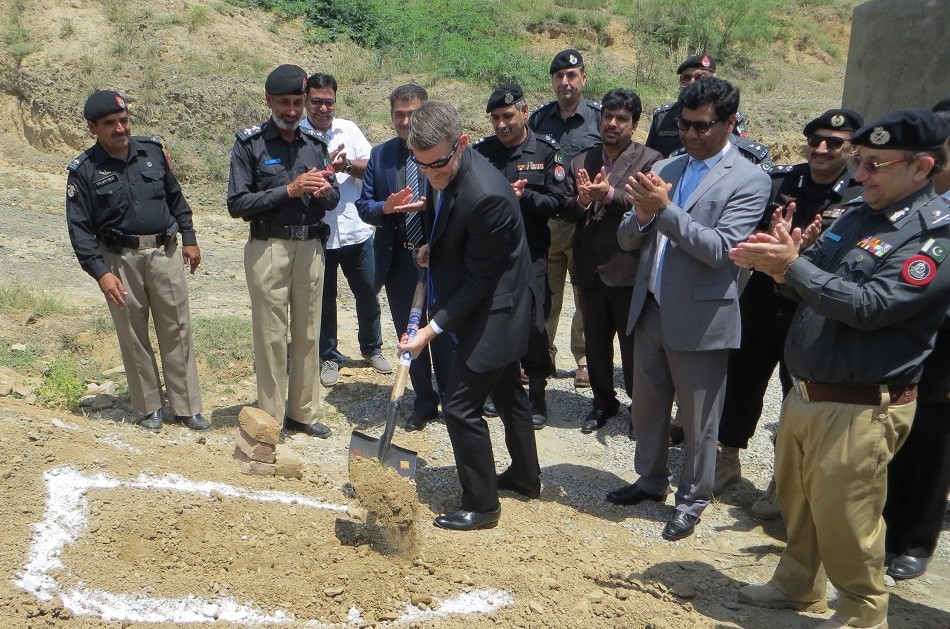 The Phase II construction will more than double the JPTC’s current training capacity.  Since 2011, INL has assisted the KP Police with more than 1 billion rupees ($9 million) for the construction of the JPTC Phase I as well as 196 million rupees ($1.7 million) worth of equipment support.  Since its launch in June 2014, more than 4,000 KP police personnel, including more than 100 female police commandos, have trained at the JPTC.

“Today’s event marks another step in the long partnership between INL and the KP Police,” Schiffer said.  “The JPTC has established itself as a premier facility providing training for hundreds of KP police officers on modern policing practices, investigations, and command level courses.  The JPTC has helped the KP police develop its own specialized training capacity to respond to emergencies, including terrorism-related cases.”

Schiffer also noted the proud partnership between INL and the KP Police for the past 15 years, and recognized the United Nations Development Program’s contribution to the JPTC Phase II project as INL’s implementing partner.

For almost 40 years, the United States and Pakistan have worked to improve citizen security and enhance law enforcement capacity across Pakistan.  The Bureau of International Narcotics and Law Enforcement Affairs works in more than 90 countries to help combat crime and corruption; counter the narcotics trade; improve police institutions; and promote court systems that are fair and accountable.  Find out more about INL at: http://www.state.gov/j/inl/.