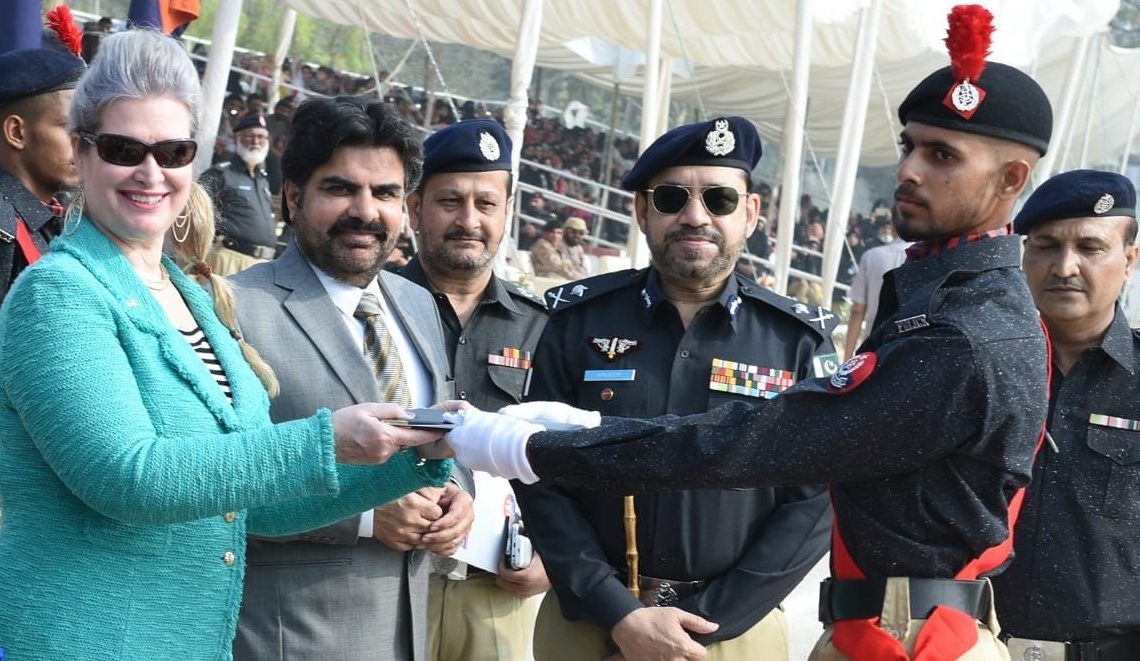 On December 12, the Saeedabad Police Training College in Karachi received over 377 million rupees (2.7 million USD) worth of firearms simulators to improve the capacity of the institution and increase its ability to deliver safe and proper firearms training for police personnel. The donation came from the U.S. Mission Pakistan.

The United States Government has collaborated with the Sindh Police since 2012, providing more than US$ 25 million worth of equipment and helping train over 50,000 Sindh Police officers.

At the ceremony, United States Consul General JoAnne Wagner explained the reasons for the continued support, stating “the United States provides assistance to Sindh because we recognize that its police serve on the front lines of Pakistan’s efforts to combat violent extremism and build a more secure, stable, and democratic society.”

The United States Department of State’s Bureau of International Narcotics and Law Enforcement Affairs works in more than 90 countries to help countries combat crime and corruption, counter drug-related offences, improve police institutions, and promote laws and court systems that are fair and accountable.

Find out more about INL at: http://www.state.gov/j/inl/.