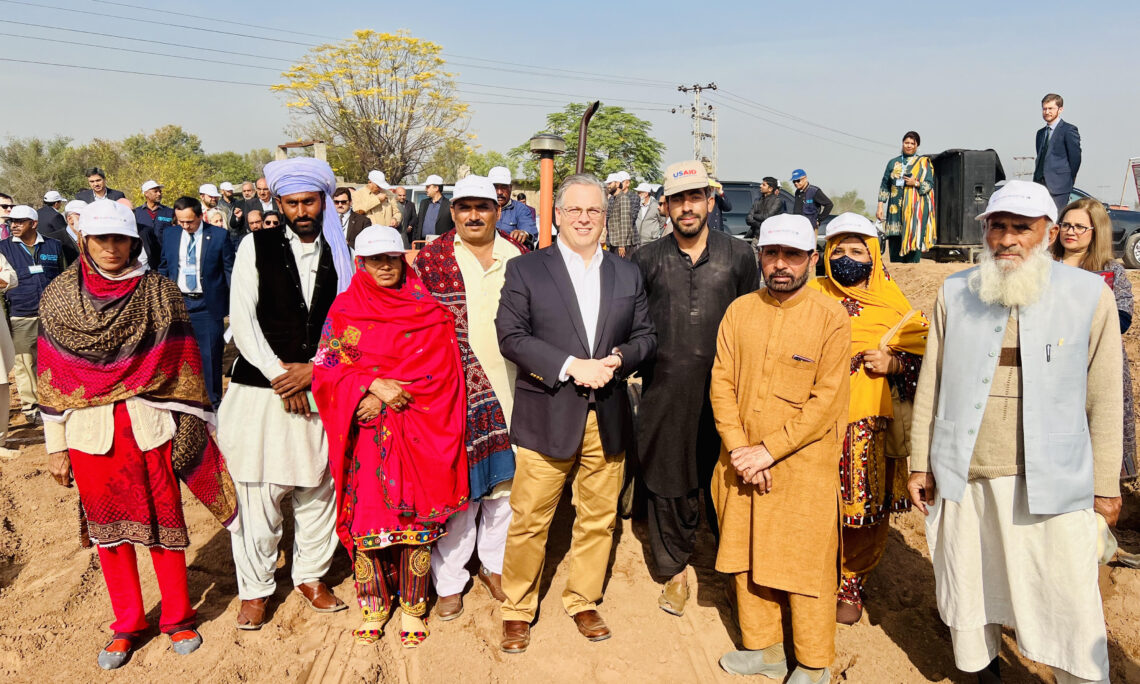 ISLAMABAD – December 1, 2022: U.S. Ambassador Donald Blome announced today that the United States, in partnership with the UN Food and Agriculture Organization (FAO), delivered $8 million of assistance to Pakistani farmers affected by the devastating 2022 floods.  This effort is part of the $97 million of U.S. flood-related assistance to Pakistan this year, which focused on humanitarian needs, food security, and disaster preparedness and capacity-building efforts.

Ambassador Blome announced the United States’ continuing assistance at an event alongside farmers from flood-affected areas. In his remarks, Ambassador Blome highlighted the long history of the United States and Pakistan advancing economic growth and solving development challenges together and highlighted opportunities for future partnership:  “As the Green Revolution improved lives in the past, a “Green Alliance” between the United States and Pakistan will help us jointly strengthen climate resilience, develop clean energy alternatives, and foster economic growth.

Through the U.S.-FAO partnership on flood response, the United States provided wheat seed and fertilizer to approximately 90,000 households in flood-affected areas of Sindh, Balochistan, and Khyber Pakhtunkhwa provinces.  This effort focused on women-headed households because women and girls are disproportionately vulnerable to natural calamities and gender-based violence.