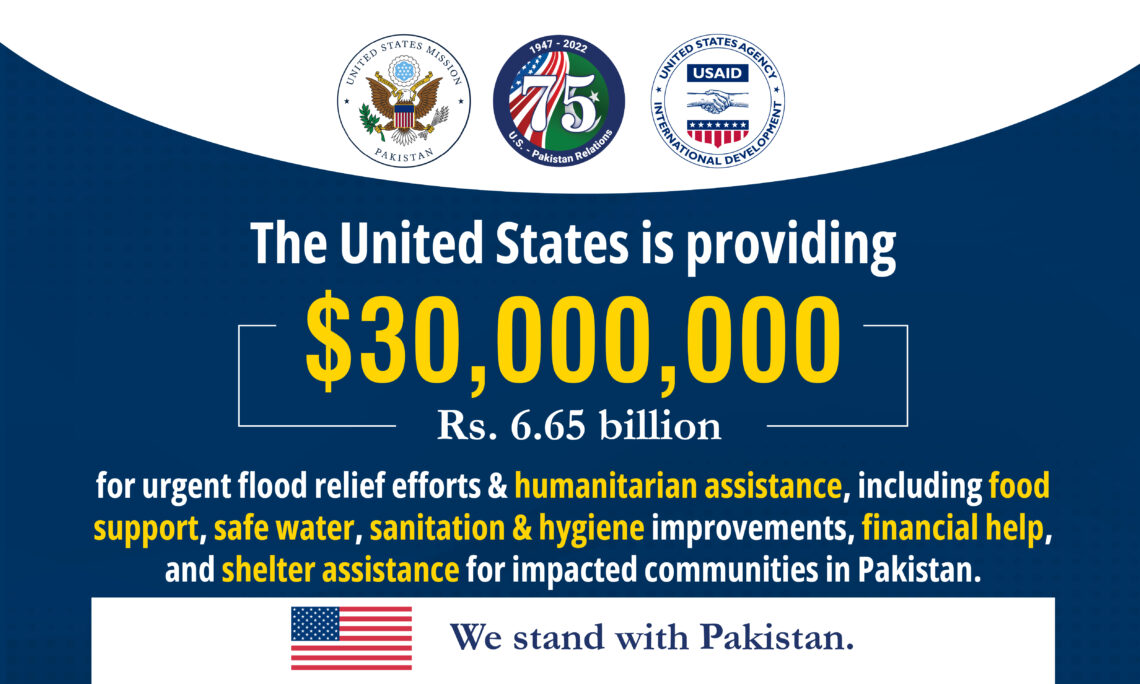 Islamabad, August 30, 2022: The United States, through the U.S. Agency for International Development (USAID), today announced an additional $30 million in life-saving humanitarian assistance to support people and communities affected by severe flooding in Pakistan.  Pakistan’s government has declared the floods a national emergency, with 66 districts declared to be “calamity hit.”

The United States is deeply saddened by the devastating loss of life, livelihoods, and homes throughout Pakistan.  In response to the Pakistani government’s request for assistance, the United States will prioritize urgently needed food support, safe water, sanitation and hygiene improvements, financial help, and shelter assistance.  This support will save lives and reduce suffering among the most vulnerable affected communities.  The United States will continue to monitor the crisis in close coordination with local partners and Pakistani authorities.  A USAID disaster management specialist arrived in Pakistan August 29 to assess the impact of the floods and intensify coordination with partners on response efforts.

The United States remains steadfast in its support for affected communities throughout Pakistan.  In addition to the $30 million in urgently needed humanitarian assistance announced today, the United States also provided over $1.1 million in grants and project support earlier this month to ensure direct assistance reaches those communities most impacted and to help mitigate and prevent the effects of future floods.