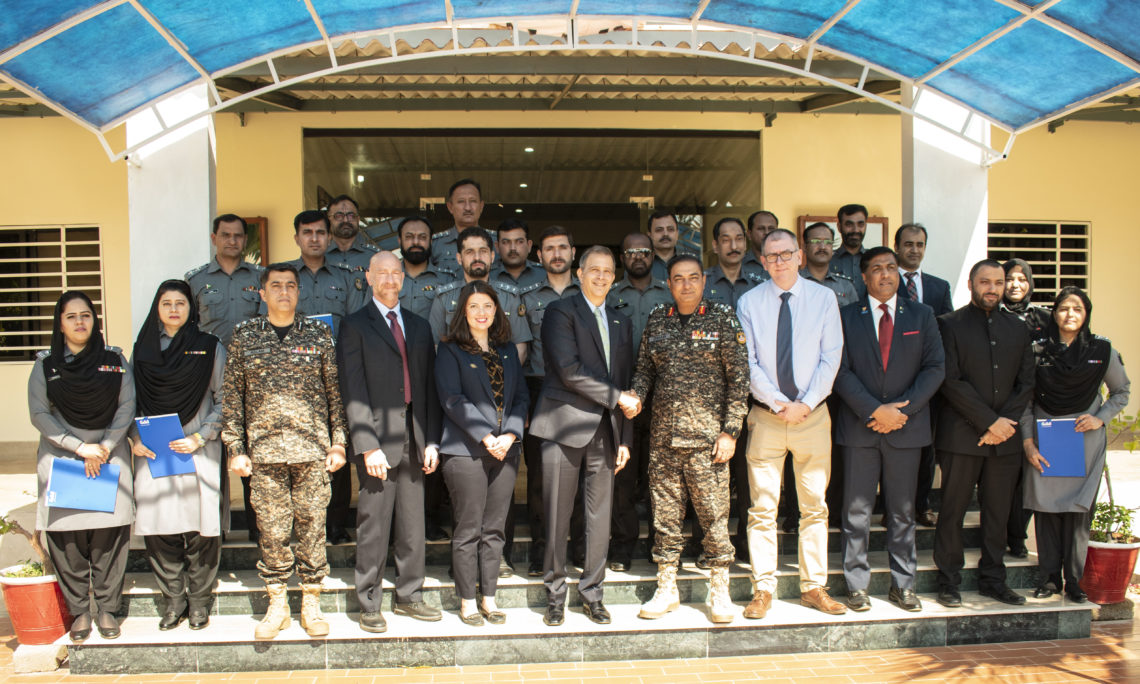 Speaking to the graduating ASF officers, Consul General Silberstein said the United States is “proud to sponsor training to help the ASF’s mission to safeguard Pakistan’s airports,” and said ASF officers are the “country’s first line of defense in protecting passengers and cargo, preventing narcotics trafficking, and facilitating travel and commerce at Pakistan’s airports.”

This U.S. Department of State’s Bureau of International Narcotics and Law Enforcement (INL) has provided over $467,000 (nearly 72,200,000PKR) in support to the ASF since 2017 in its mission to ensure that Pakistan’s airports operate in accordance with international aviation security standards to protect against terrorist and other threats to civil aviation.  INL’s assistance also supports the ASF’s efforts to build its capacity to screen passengers, baggage, and air cargo to seize narcotics and other illicit goods while maintaining the flow of legitimate travel and commerce.

The U.S. Department of State’s Bureau of International Narcotics and Law Enforcement Affairs works in more than 90 countries to help countries combat crime and corruption, counter drug-related offences, improve police institutions, and promote laws and court systems that are fair and accountable.  Find out more about INL at: http://www.state.gov/j/inl/